The incredible fishing we experienced in September continued into the month of October, as did the mild weather and calm winds. With higher than average air temperatures and water finally comfortable for the tuna, the bite solidified even further and the pattern of hot bites was almost a given on any trip. The sizes of the fish continued to increase, with some real heavyweights n the mix. The first part of the month was topped off with a once-in-a-lifetime catch of a 3 angler crew aboard the Dusky. What could be the biggest bluefin ever hooked and landed freestyle with an artificial lure was brought alongside and ultimately graced the deck, measuring an amazing 101" fork length and topping the scales at 600 pounds. Without a doubt fish of that size are a trophy using any gear, but on light tackle with an 8 foot rod and no harness is just nutty! 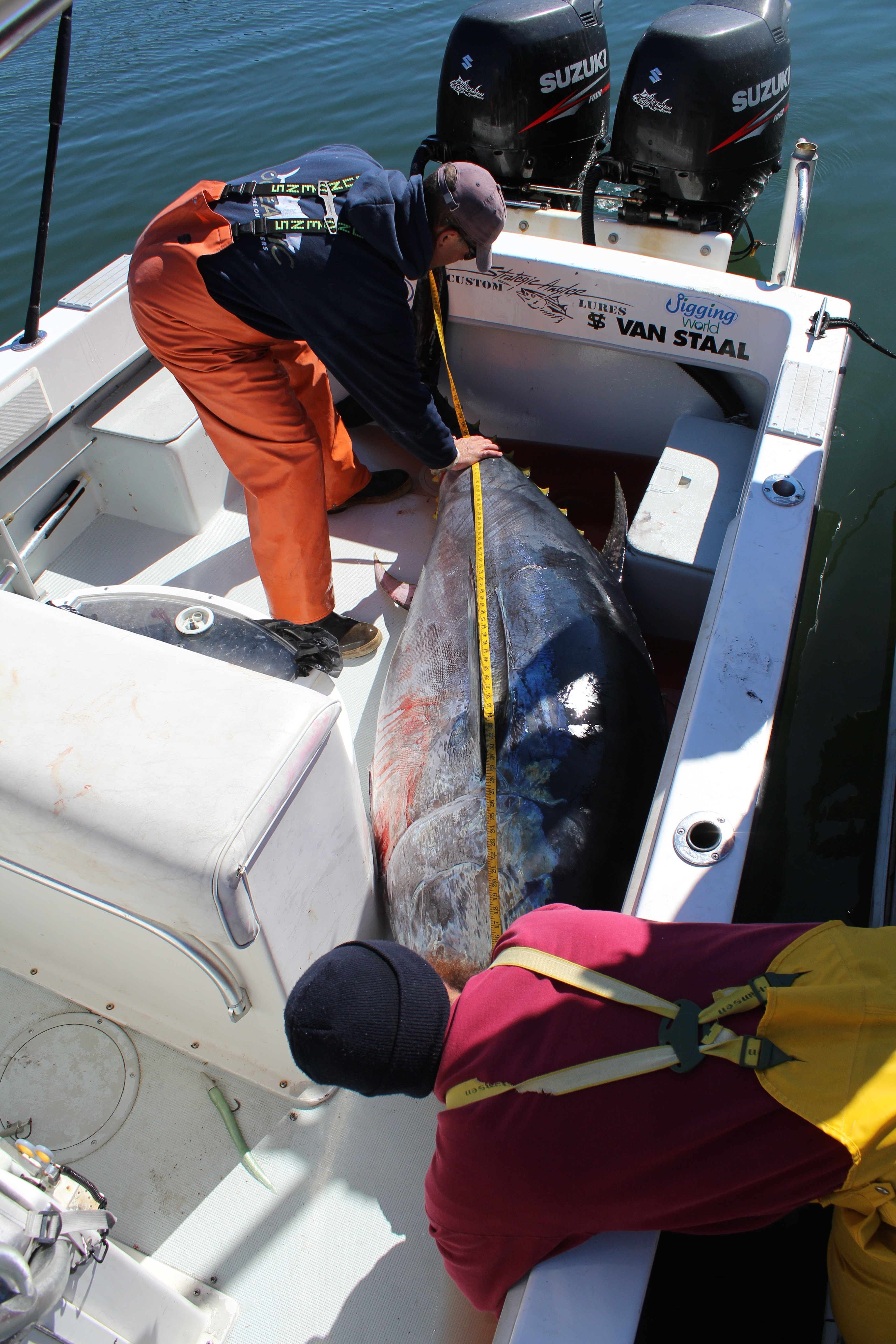 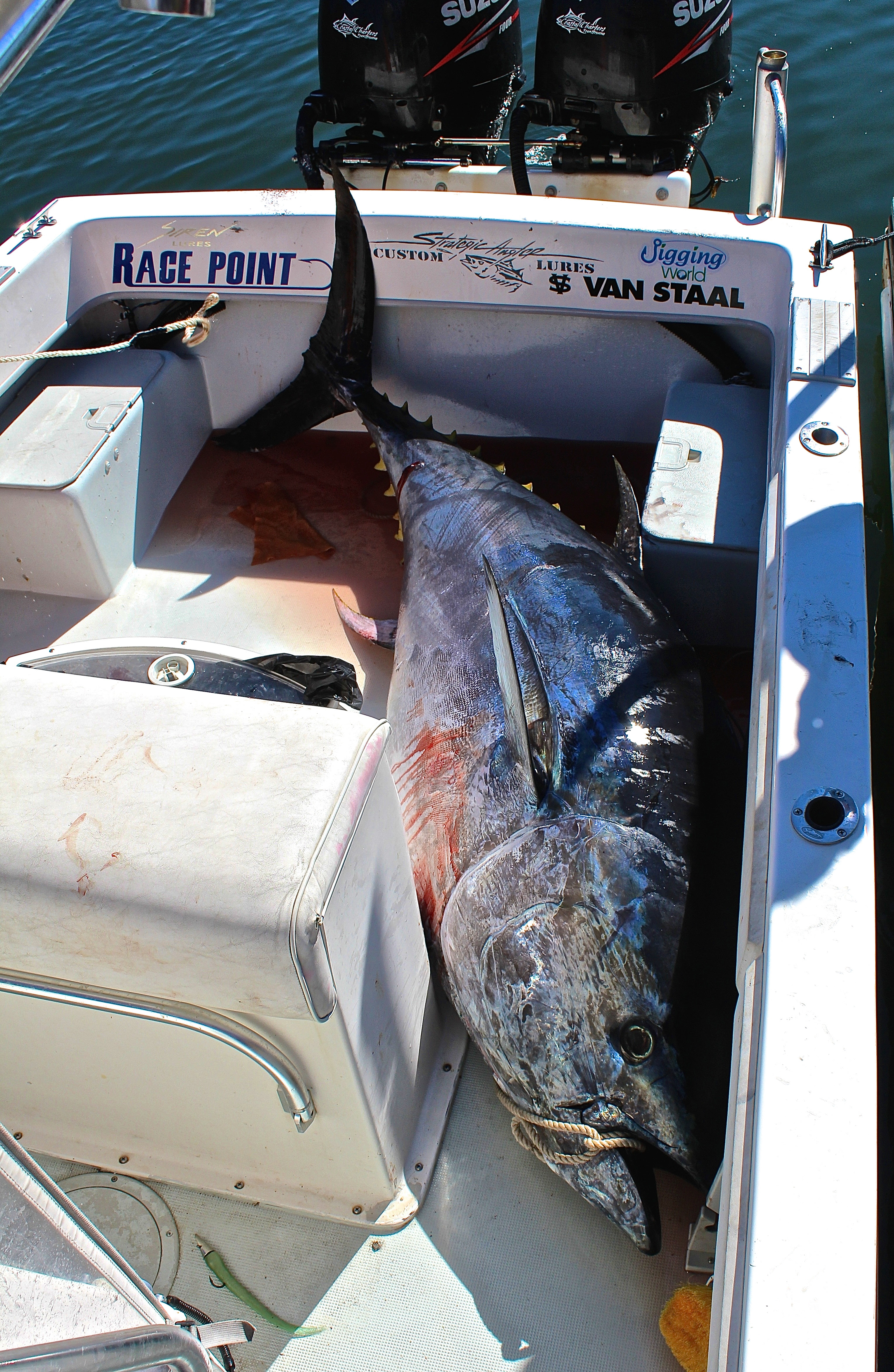 With an amazing feat like that on one vessel you might think that the rest of the trips would be a let down afterwards, but not the case here in beautiful Cape Cod. As the days grow even shorter and the cooler nights set in, the bluefin feel the need to gorge in order to fatten themselves for the impending migration. The amount of bait nearshore coupled with prime water conditions and an easy run allowed the crews aboard the Dusky to cash in on the bonanza. Each trip out this month saw multiple shots at bluefin tuna on light tackle, and the game shifted over to a top water bite, with incredible surface shows the norm each day, and an amazing run of successful trips. The fall run could be described as "full tilt", with zero signs of slowing down. 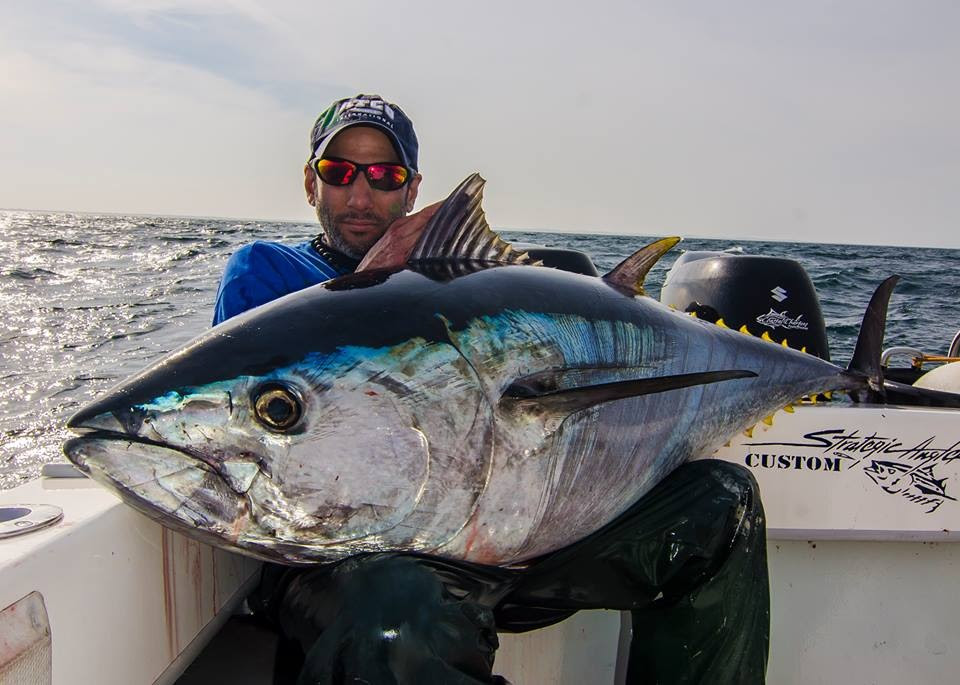