Cape Cod, MA continues to prove itself as a world class bluefin tuna fishery, with August 2012 finishing up just as it started, red hot. Other than a brief period of  4 days of summer doldrums which was brought on by a very strong high pressure system bringing hot, windless days and flat-calm, gin clear, stagnant water it has been lights out fishing the entire month. The sunrises alone were worth the effort of getting up early, and the only real shows during the hot bright days from the marine mammals and the birds were in the first few hours before the sun and heat got cranking. 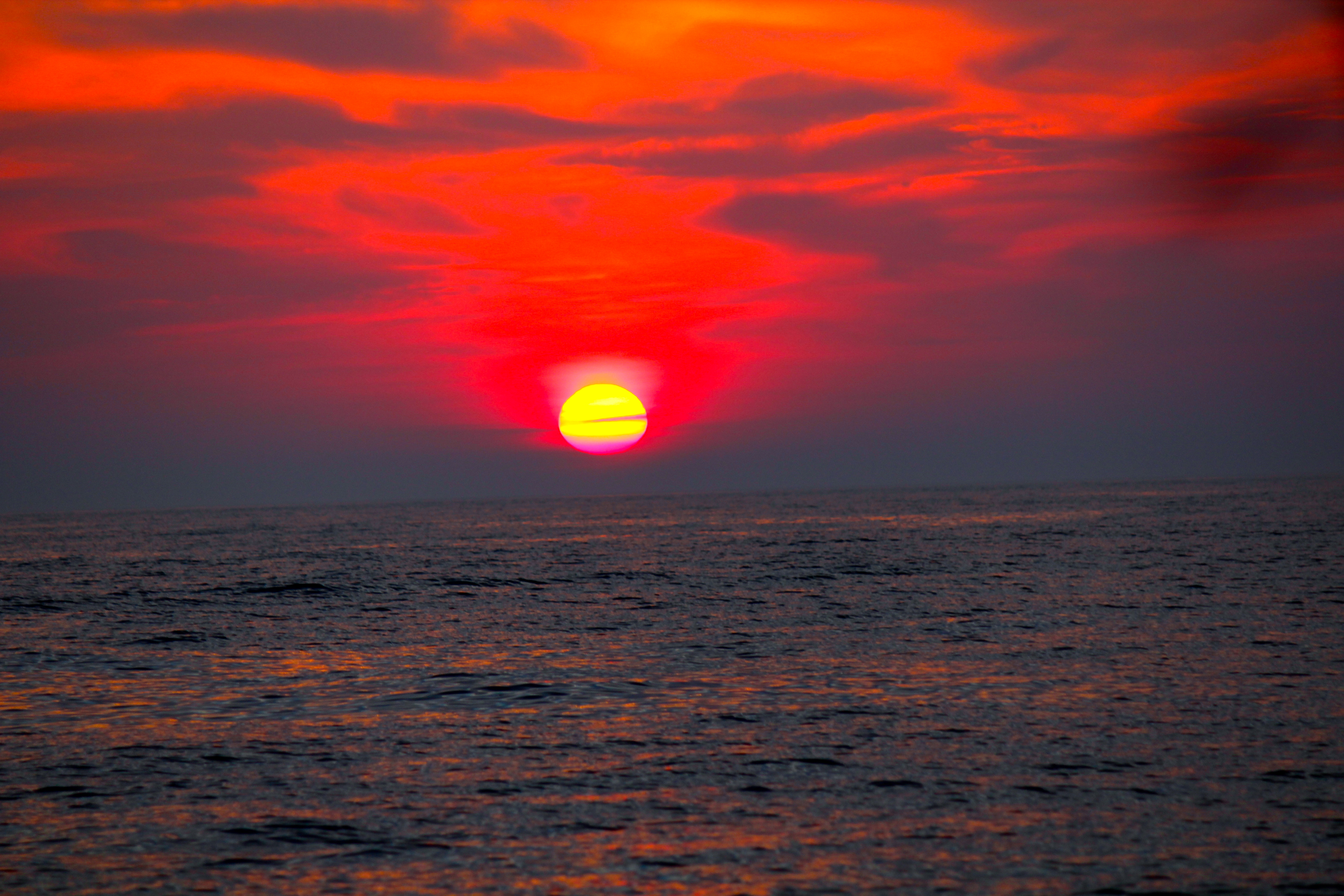 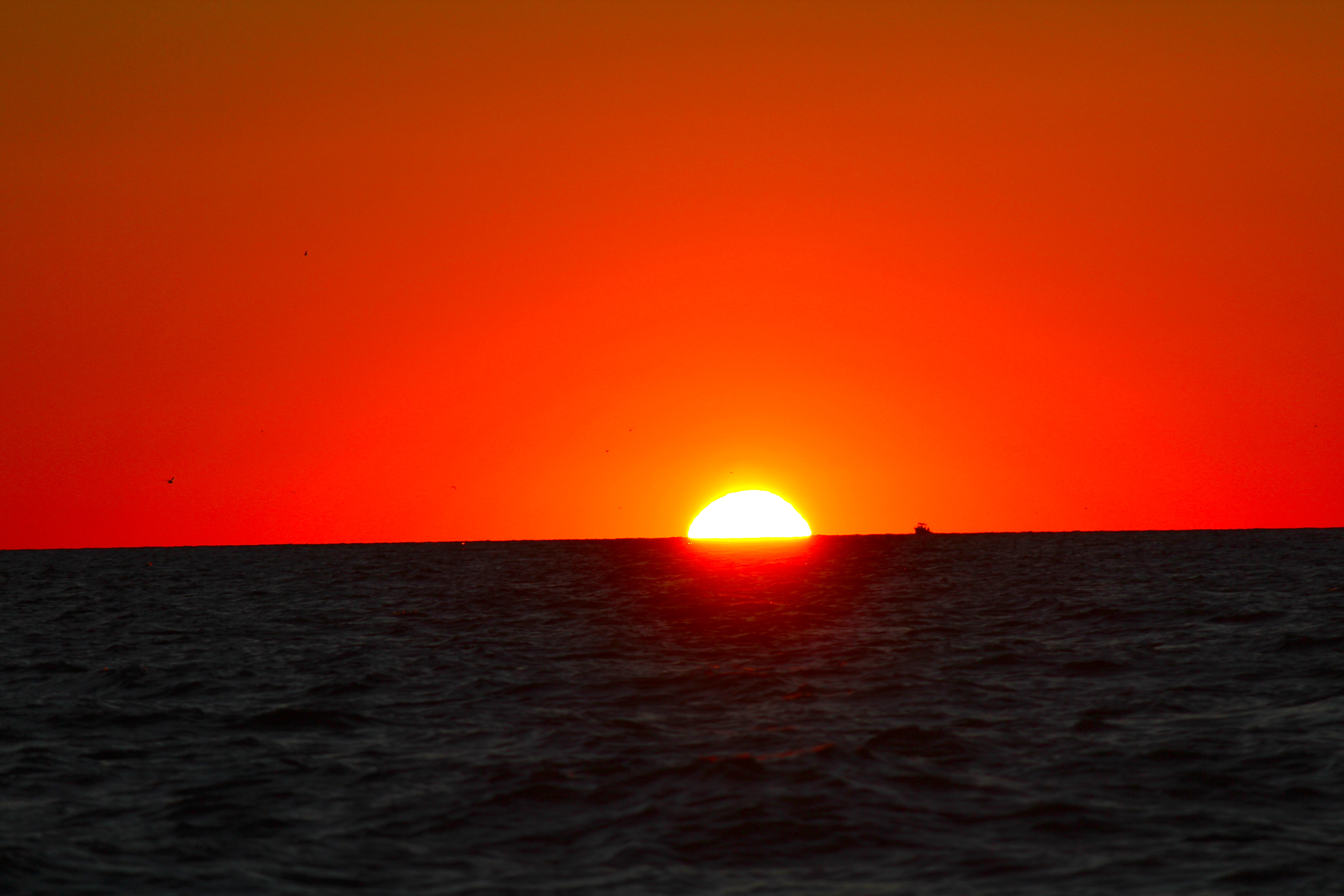 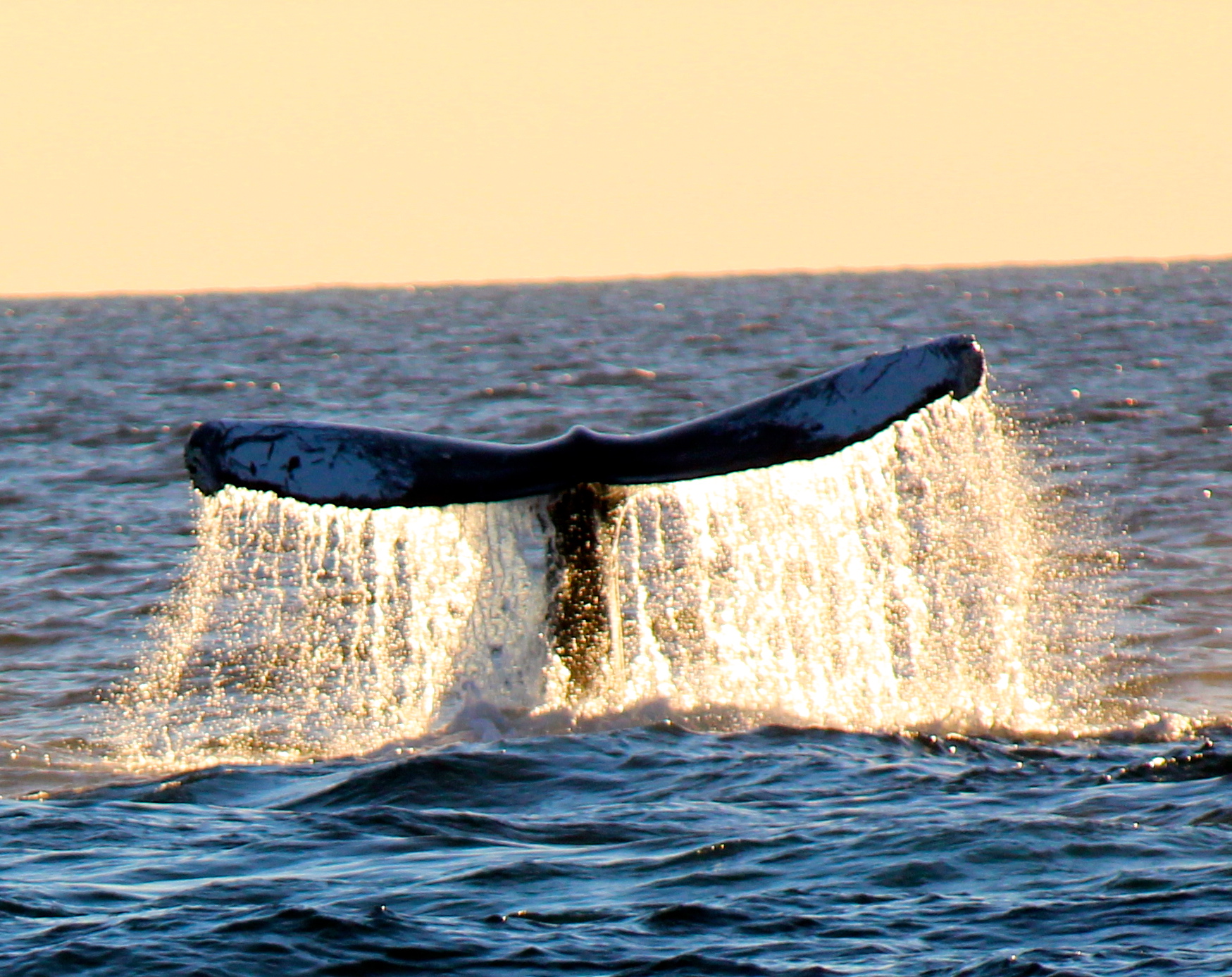 Most trips saw several chances to cast at busting fish on the surface, followed by good opportunities to work an area with blind casts or jigs and score unseen or deep water fish.  Crews that were willing to cast their offerings or drop jigs to the bottom, working them up and down off the bottom and back to the boat, constantly had a strong chance at coming tight to a bluefin on all of the trips. The weather was amazingly calm and comfortable to both transit as well as fish, with only 2 days of strong winds during the entire stretch. We got out even on those days, and had 2 of the better trips of the month. It is often said that the more uncomfortable you are, the better the fishing will be for tuna, and these days lived up to the adage. The heavy water often charges the fish up, and there are less boats to create disturbances. Because my Dusky 256 drifts stern-to under most conditions with the Suzukis positioned on centerline, my anglers are quite comfortable in sloppy, confused seas that we get with heavy NW or SW winds, both favorable for the bite in the areas I fish predominantly off the tip of Cape Cod, MA. 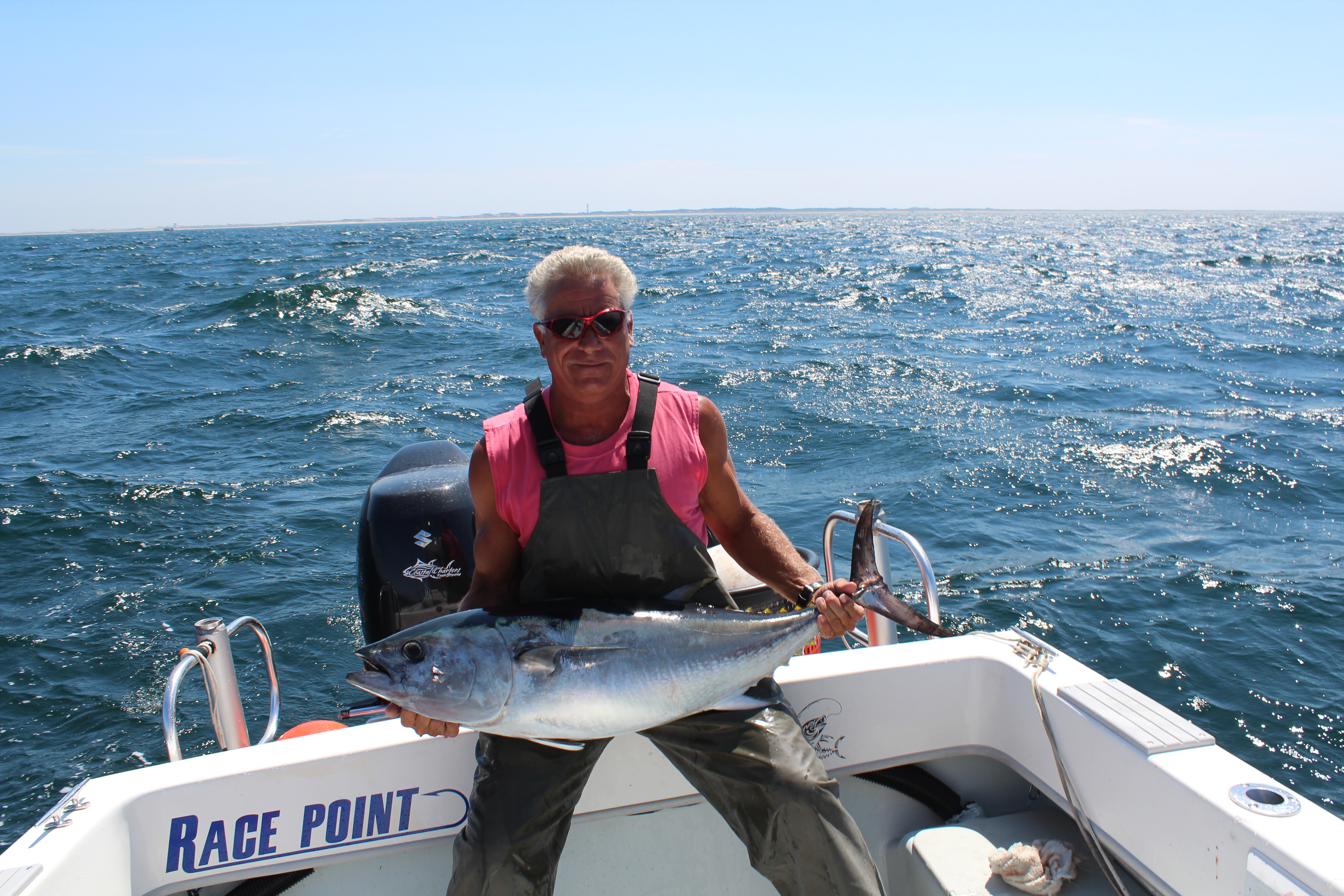 My crews were able to get out 29 of 31 days in the month, averaging better than 2 fish landed per trip, and making an absolute zombie out of yours truly. Because it is such a short season up here in New England, the summer months often force schedules that would impress an Alaskan king-crabber, starting at 3am and ending sometime around 5 or 6 pm after the boat is cleaned and readied to do it all over again daily! I am hoping that mother nature continues to be kind with favorable seas and good fishing, finishing up strong with a good fall after a tough start with a great middle season thus far. 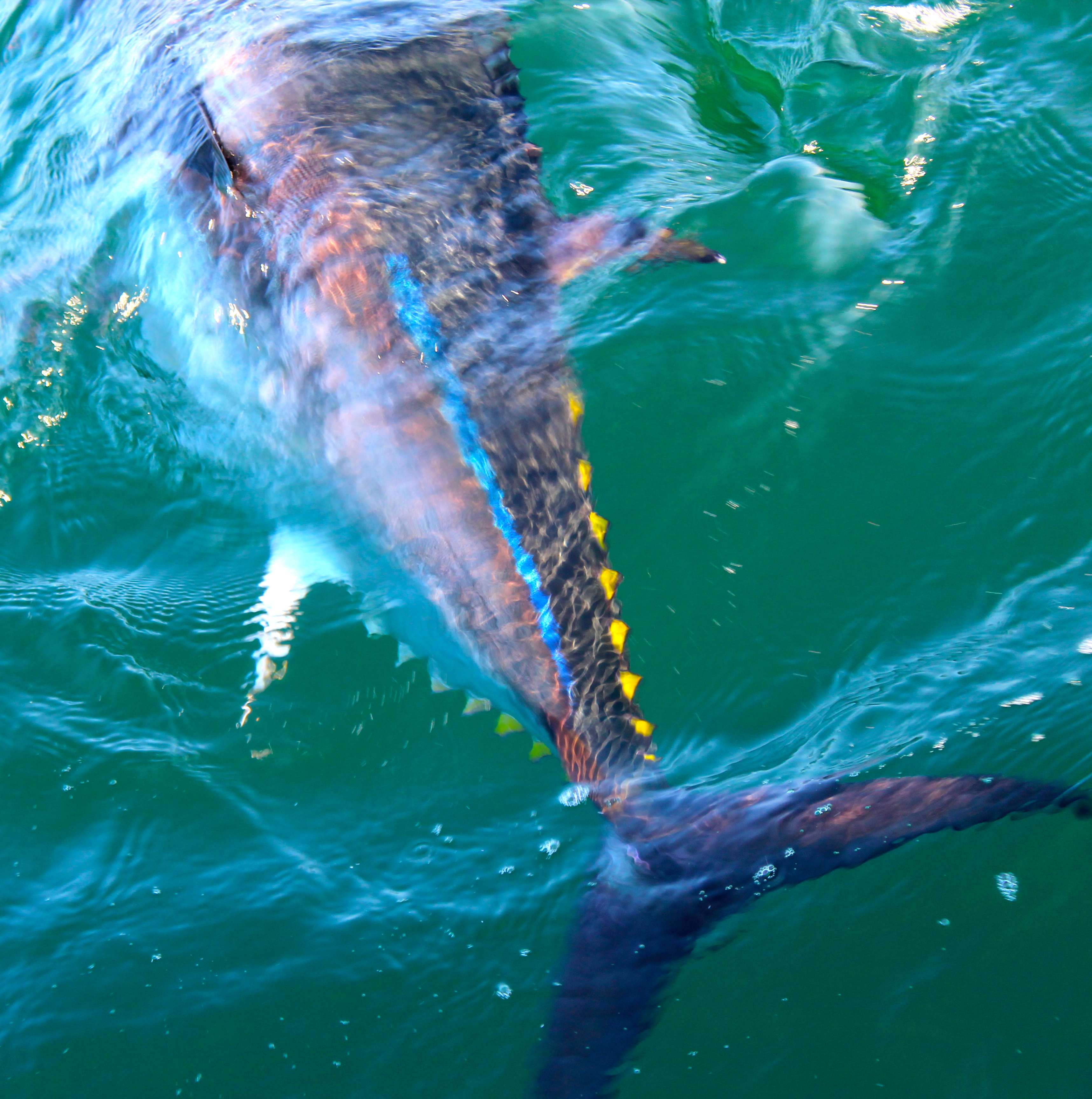 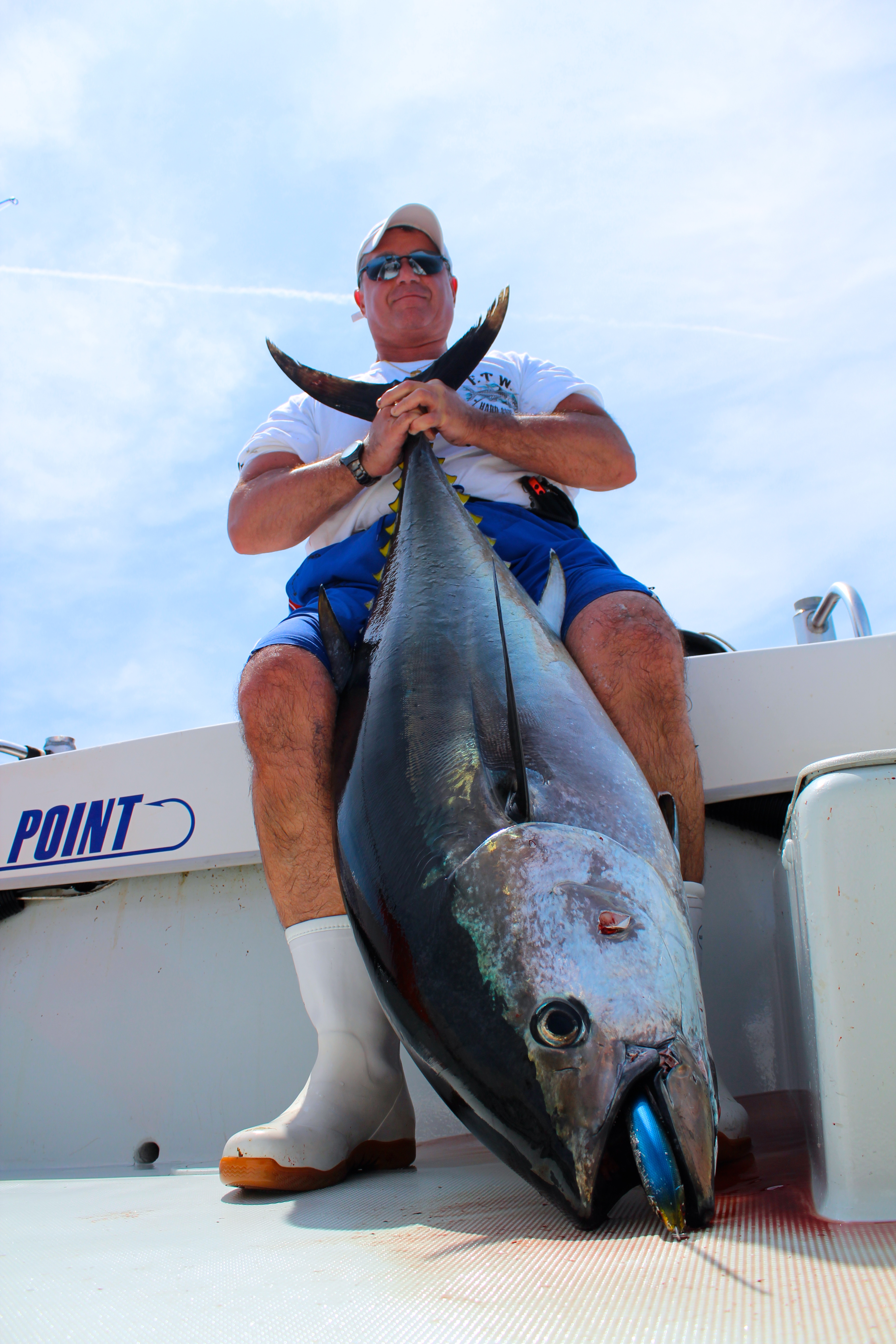 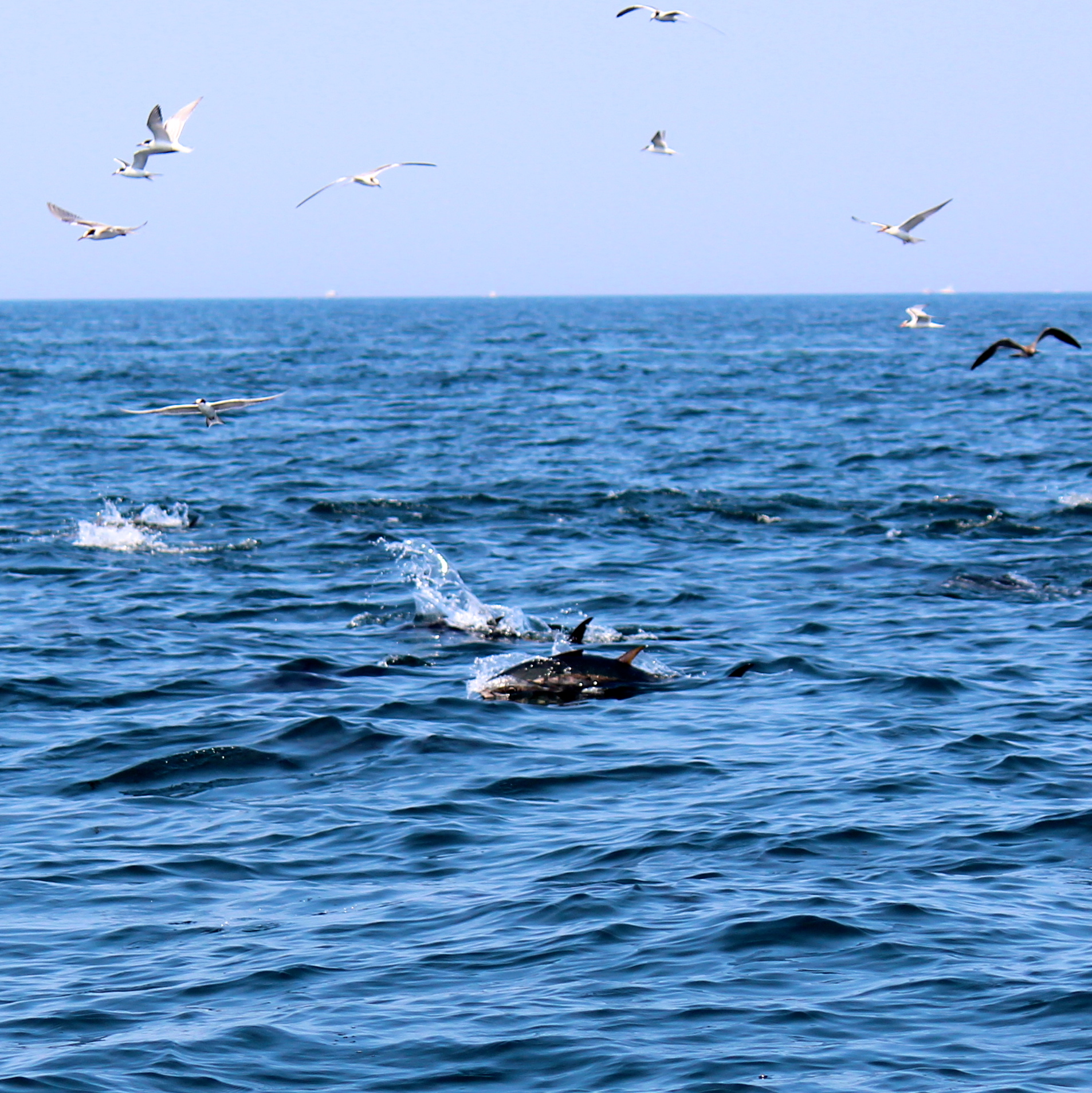 The weather starts to play a hand in the schedule we can keep up, and the inevitable turn towards more unstable conditions will come soon enough as September rolls around. The cool nights and warm days, coupled with the spectrum of light turning towards the fall reds and yellows, should trigger the yearly anticipated "fall run", when many of the resident fish will start to feed heavily to put on reserve fat for their annual migration out of our waters to parts unknown..... 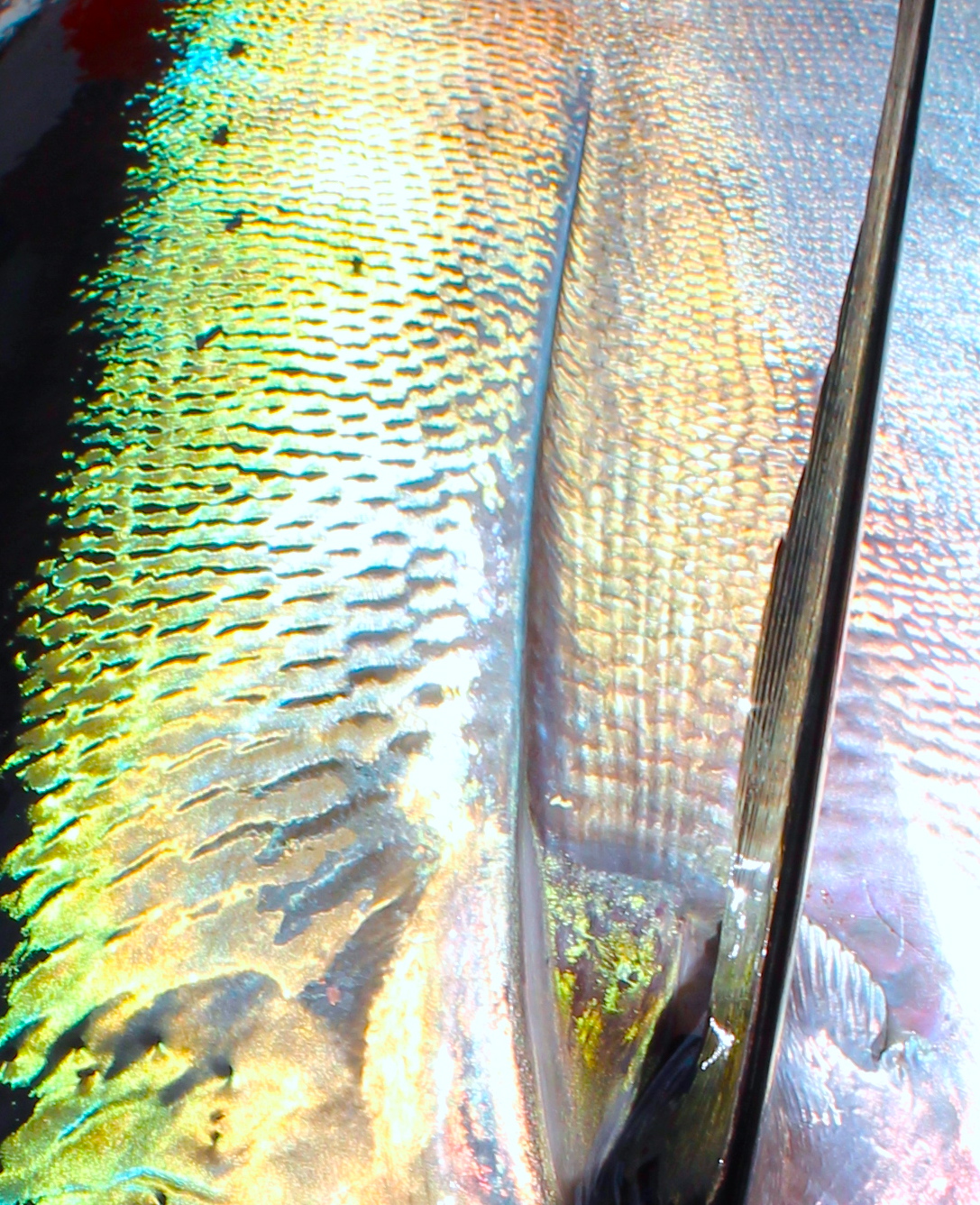