This has been the strangest season I can remember in quite some time. The red hot start, followed by the worst weather in July, and then a general trend toward a good bite, but in an area difficult to work, far offshore, and much more susceptible to adverse waves and wind. To top it all off, the closest ramp that is feasible to launch the Dusky from is over 110 miles from my house! This has led to being quite isolated and far from my normal umbrella of support. Maintenance, normal everyday routine tasks, as well as any type of domestic activity have become Herculean tasks. I have not been able to update my normal social media outlets, my blogs, or any kind of computer related activities. Looking at everything through a small 4 inch screen has it’s own list of challenges, so I once again apologize for the lack of reporting here on the Dusky blog.

On to the fishing, which has been red hot since the second week of August, and is showing signs of getting even better, if that is even possible. The bite has all been sub-surface, predominantly on metal jigs. The bluefin have been suspending deep in 200-260 feet, right along the bottom in many cases, in some heavy current. When these conditions develop, often times the fish remain active in that area on the bottom for some time, and this month long bite is no exception. We have had many trips with ten to twenty bites a day, some groups landing as many as 12 bluefin, all on light gear, up to and over 200 pounds! With the fish beginning to turn on the feeds in response to the itch to migrate approaching, they should continue to bite well into the fall. The top water bite will also come back around a bit later this month as the larger, faster baits like halfbeaks, mackerel, and menhaden get dumped out of the protective harbors and rivers they have been foraging in all summer long, in their own preparations to head for warmer waters. The gear we have been using is extremely light by tuna standards, short five to six foot rods matched to spinning reels or small, powerful conventional reels. With braided line and bulky drags these small set-ups allow the anglers to fight the fish, instead of the gear, and have the stopping power to land some incredibly large fish! I hope to have the fish move back into some more traditional areas closer to shore (and home) but they are never where we want them to be. That is why I run my Dusky, large enough to transit safely and comfortably offshore, yet small enough to trailer around Cape Cod in some very tight launches and roadways. Stay tuned for more updates as weather will naturally give me more time with unplanned days off. Thanks as always for checking out my content, enjoy some of the pictures from recent trips…. 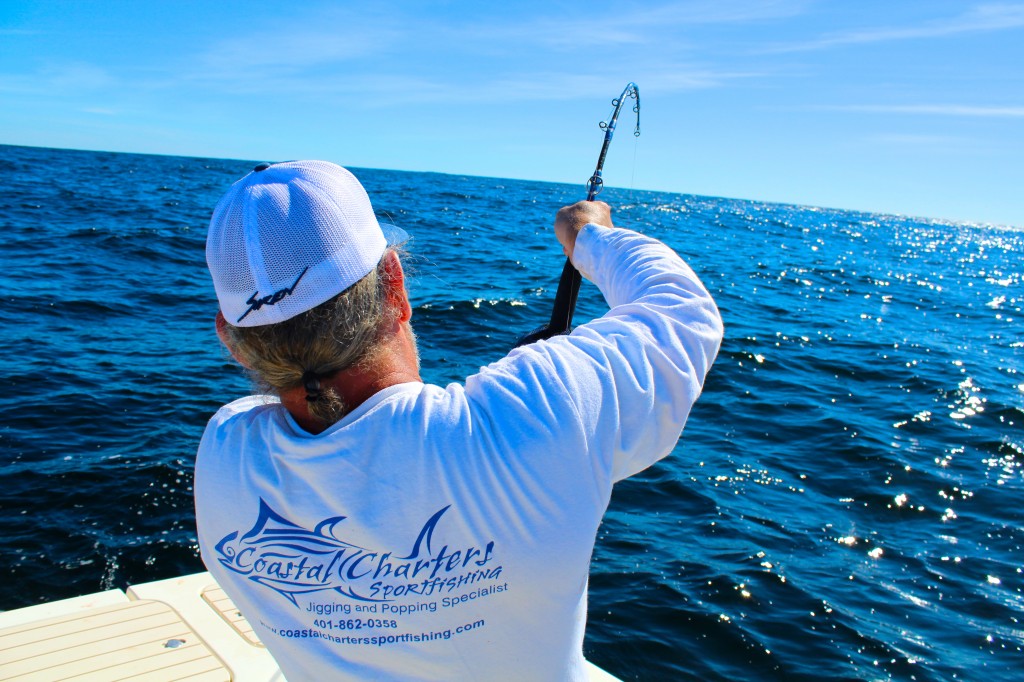 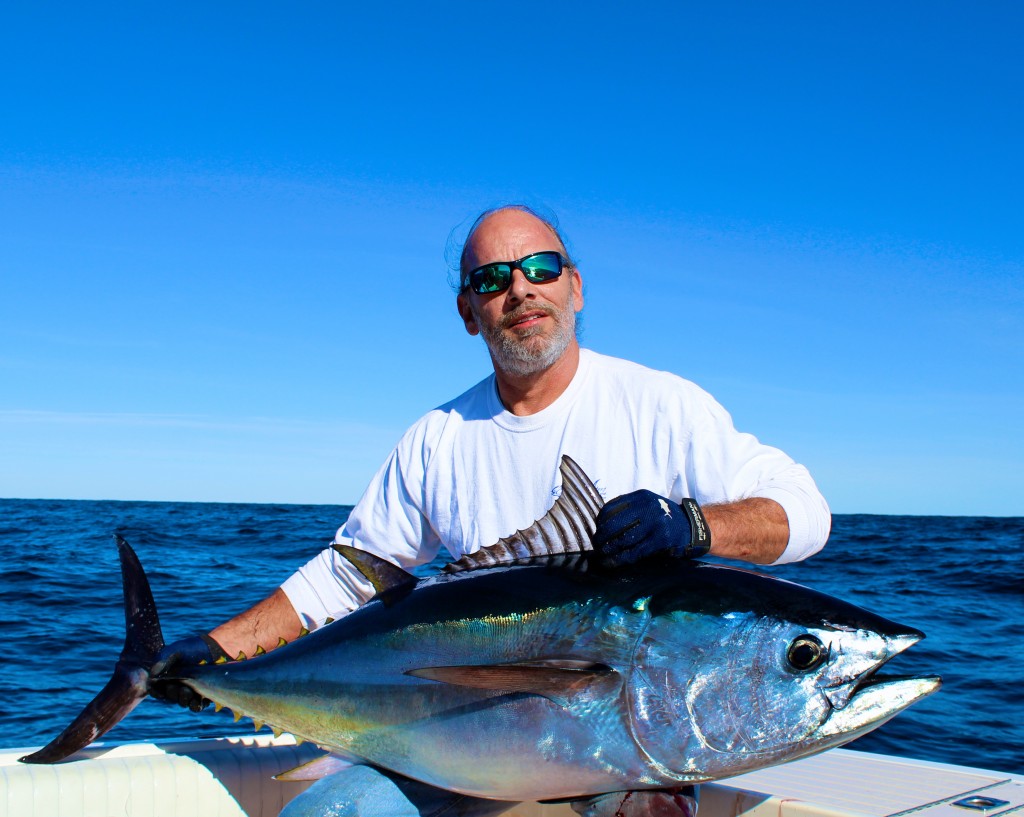 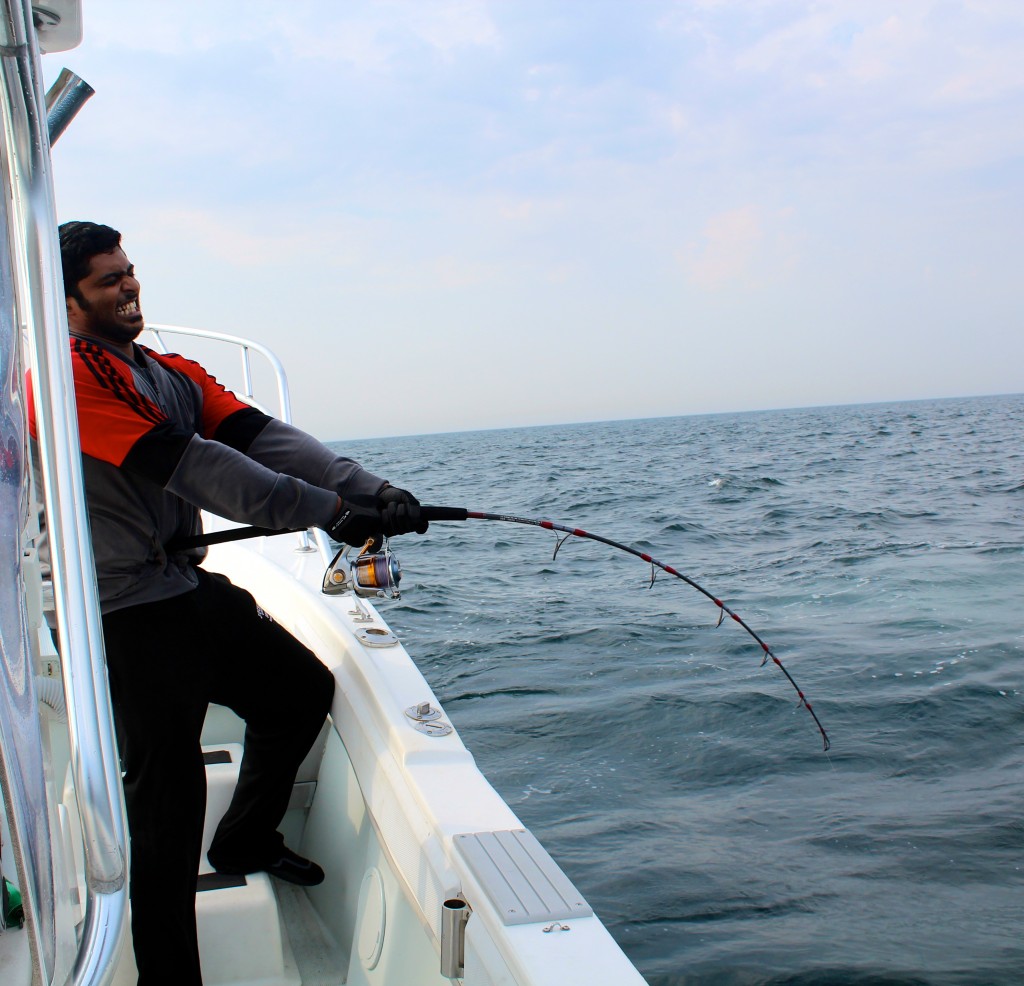 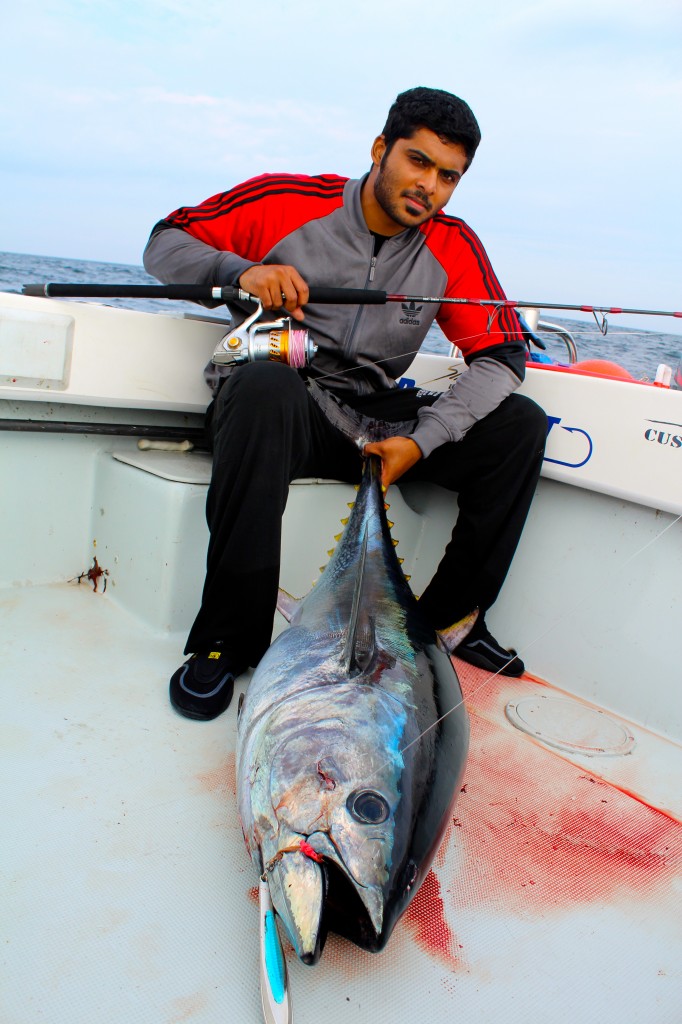 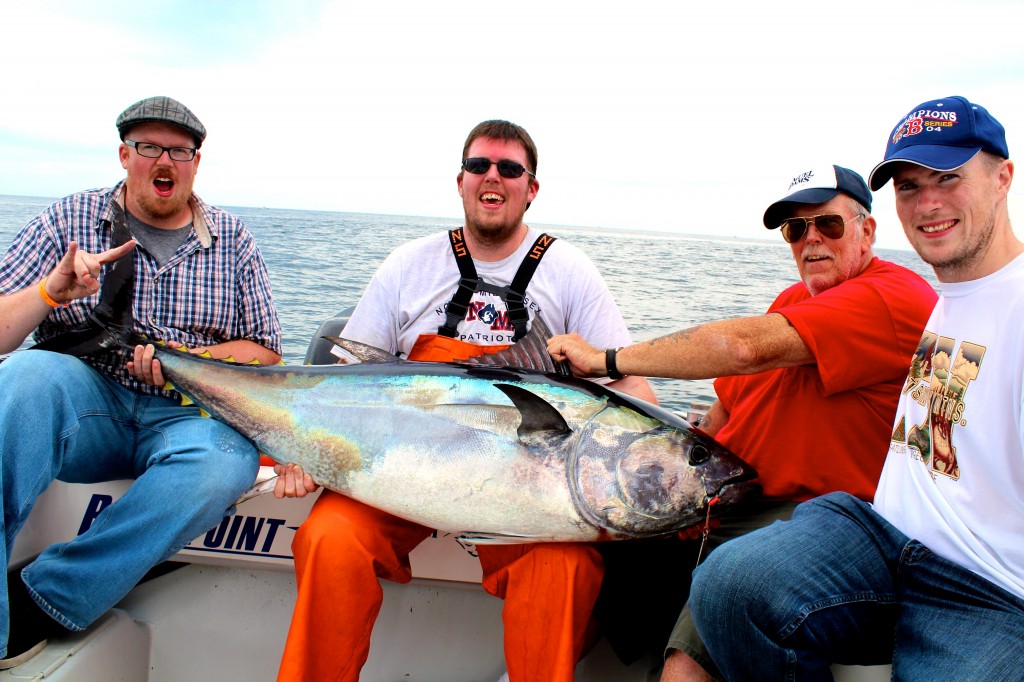 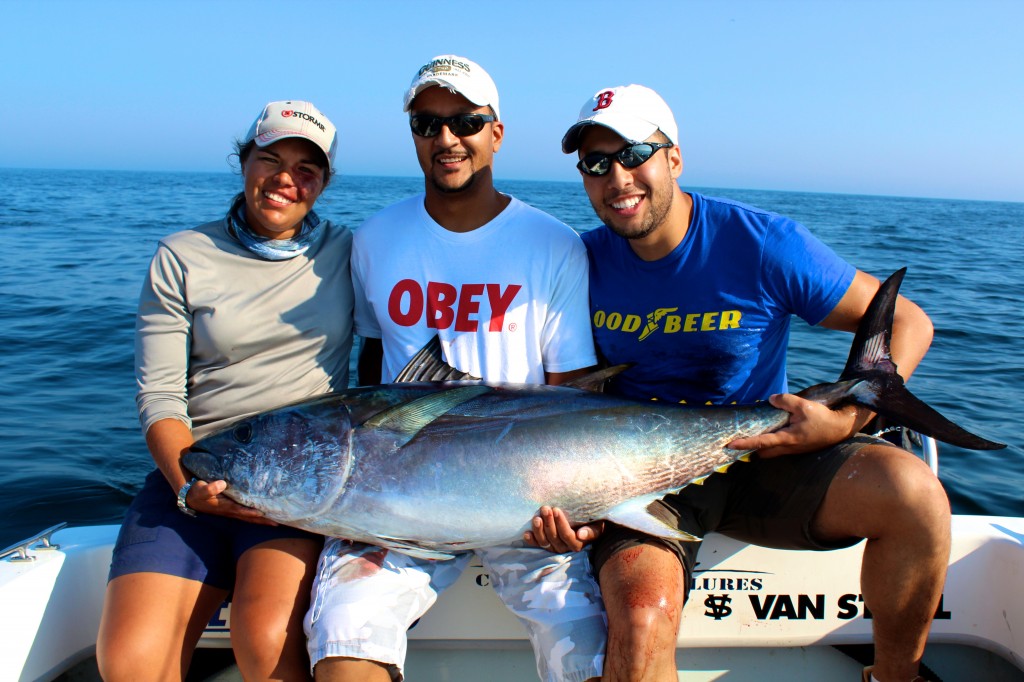