The heat has arrived, and the fishing just as smoking! The first 3 weeks of the season were better than any other I can remember for the Dusky and crews of Coastal Charters Sportfishing. I have been on the water just about everyday this month except for a few windy days which were spent catching up on maintenance, bills, and land based chores left undone or neglected as the big fish came in heavy and hungry! The fish also decided to set up as far from my normal launches as possible, forcing me to become a nomad early on, with a 3 plus hour drive staying at home was not an option. Thankfully I have a storage yard to utilize, and a few friends that are willing to put up with my early departures and even earlier bedtimes! The results so far are nothing short of amazing, with plenty of huge fish hitting the decks of the Dusky, all on the light tackle long rods. The backdrop is of course astounding as well, with plenty of amazing sunrises and whale shows to go along with the incredible near shore fishery we have here in Southern New England. 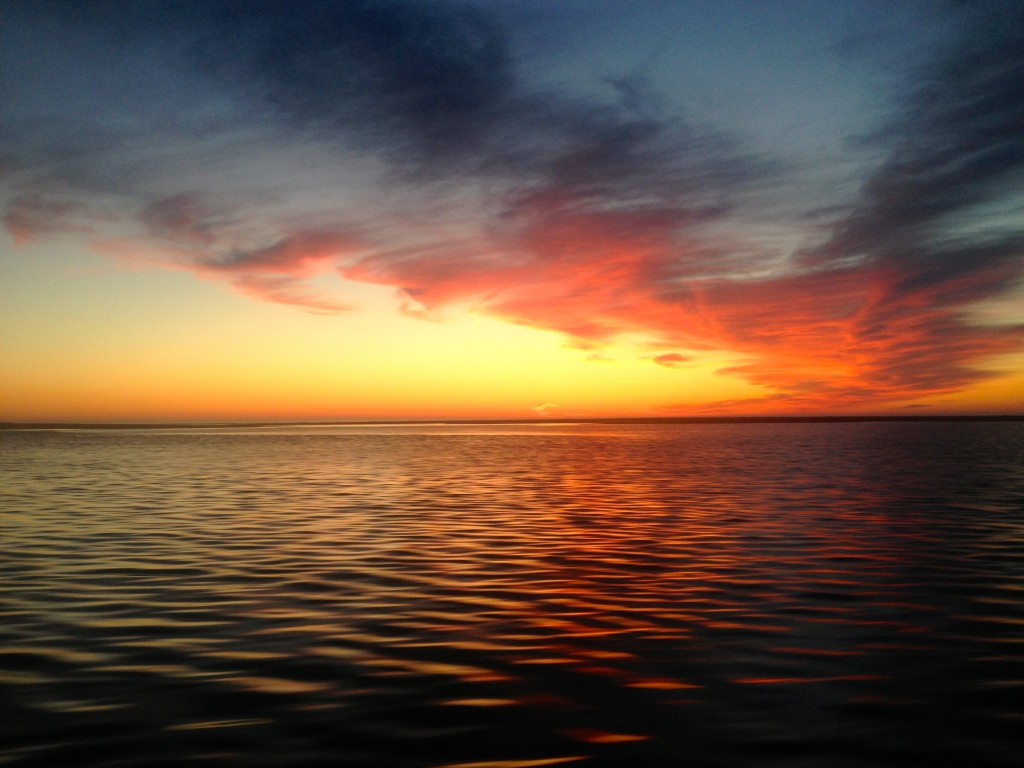 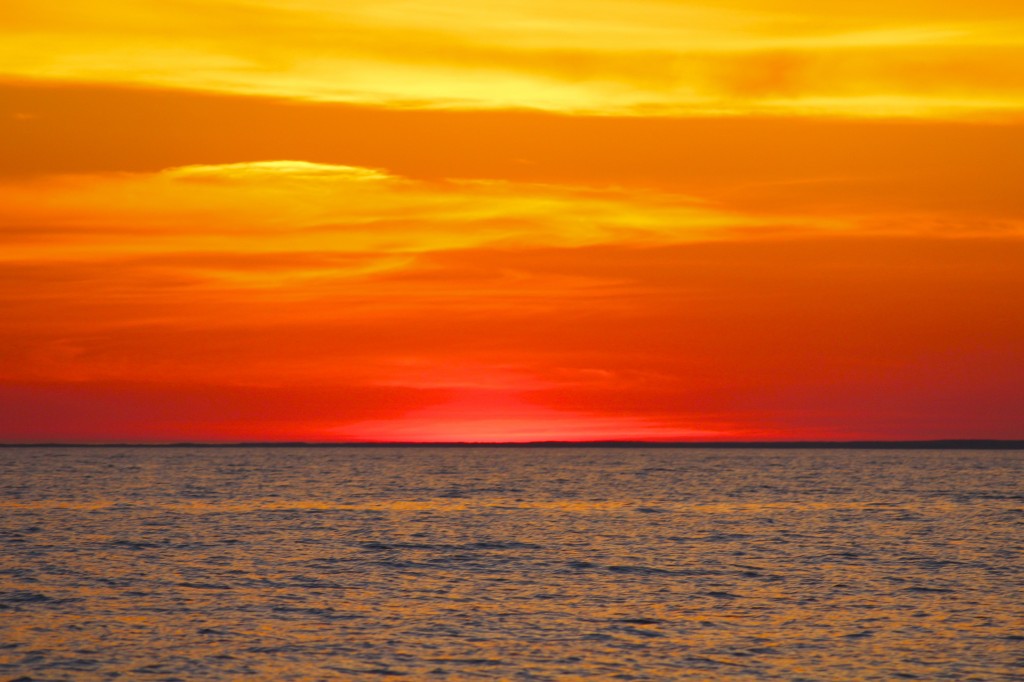 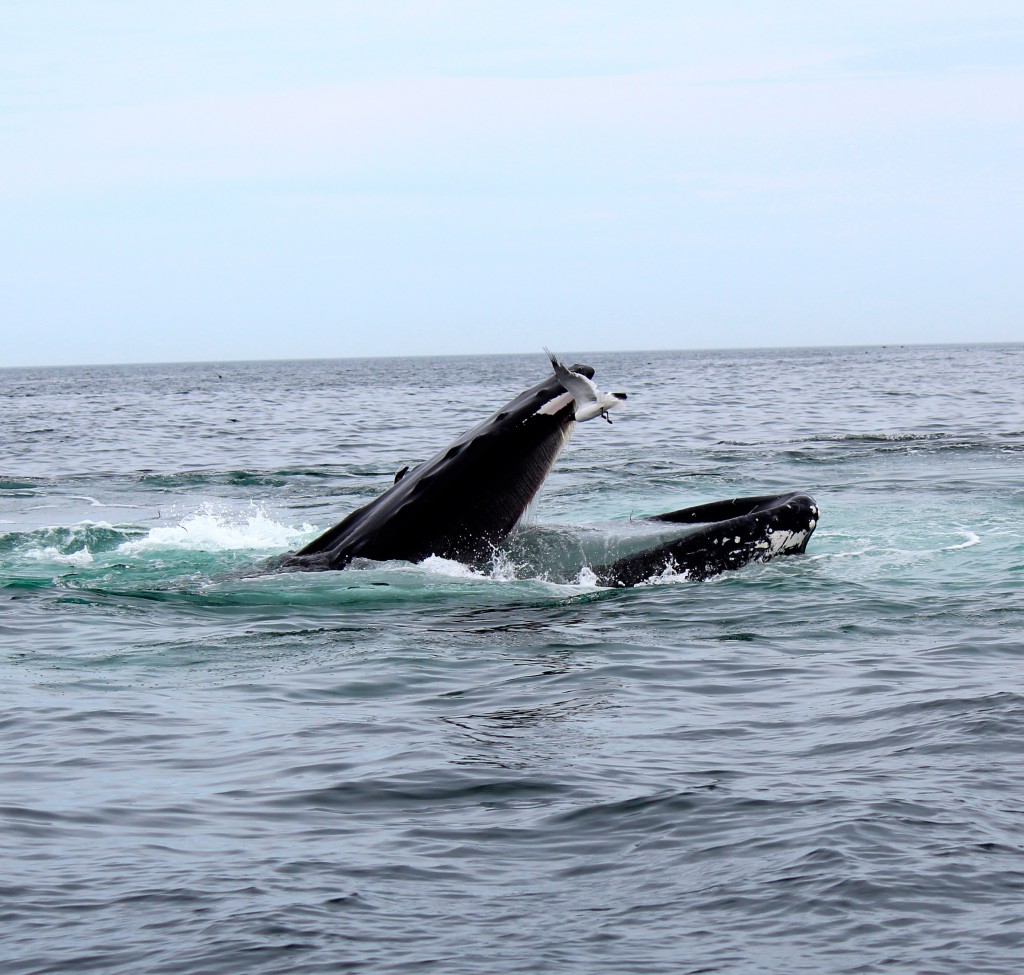 The fish have all come on large surface plugs, making for some truly amazing hits right at the surface. Some of the fish we lost were just too big for the gear we employ, but we managed to put 14 of them into the boat in the first 3 weeks with topping the scales at over 400 pounds, with a 75% land ratio a testament to not only the gear and rigging but also the skill levels of my crews thus far. Luck plays a bit in this game, but by taking most questions out of the mix by rigging with the right gear, and then having the boat and crew ready to do battle we up our chances considerably and many of my anglers put their personal best on the decks as a result. The past week has seen very tough fishing with strong moon tides and a huge Bermuda high pressure bringing unseasonably strong winds and moist, unstable air masses, putting a cooler on the hot bite to end the month. 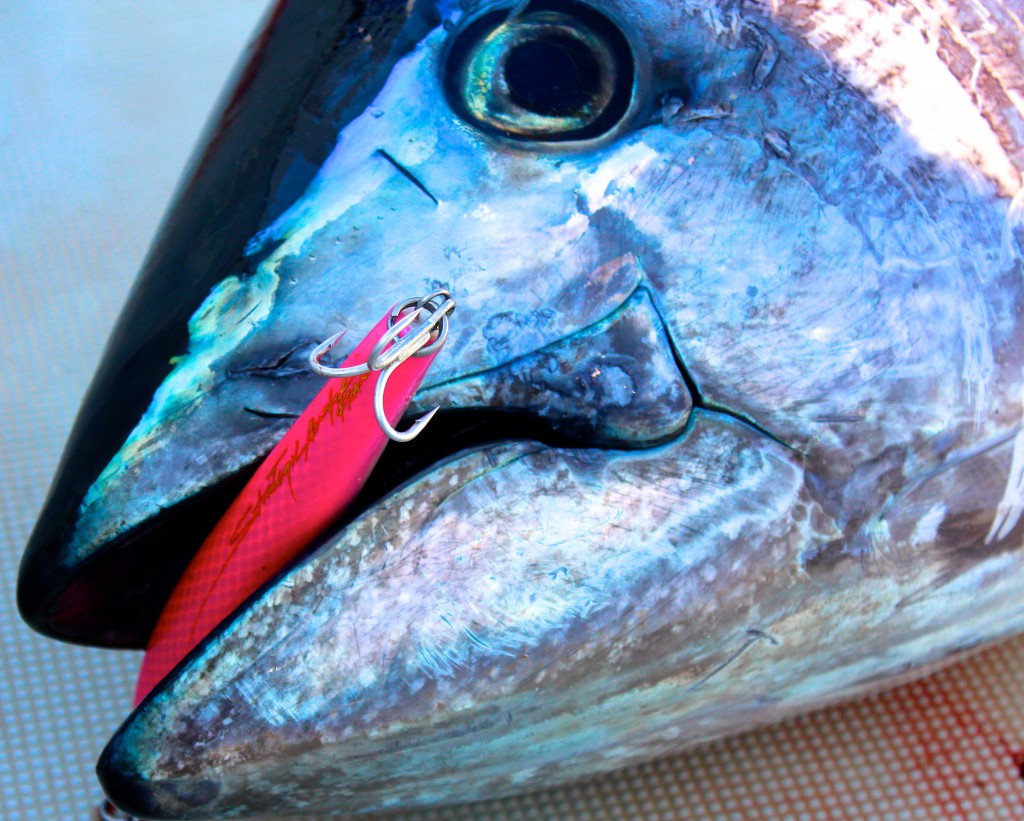 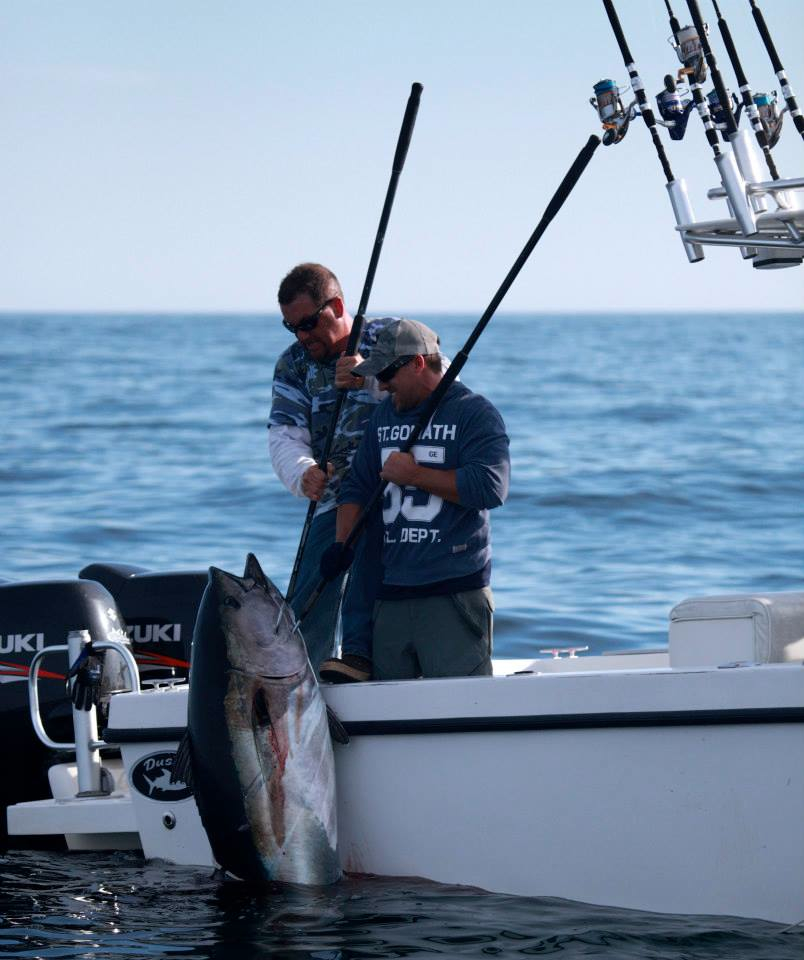 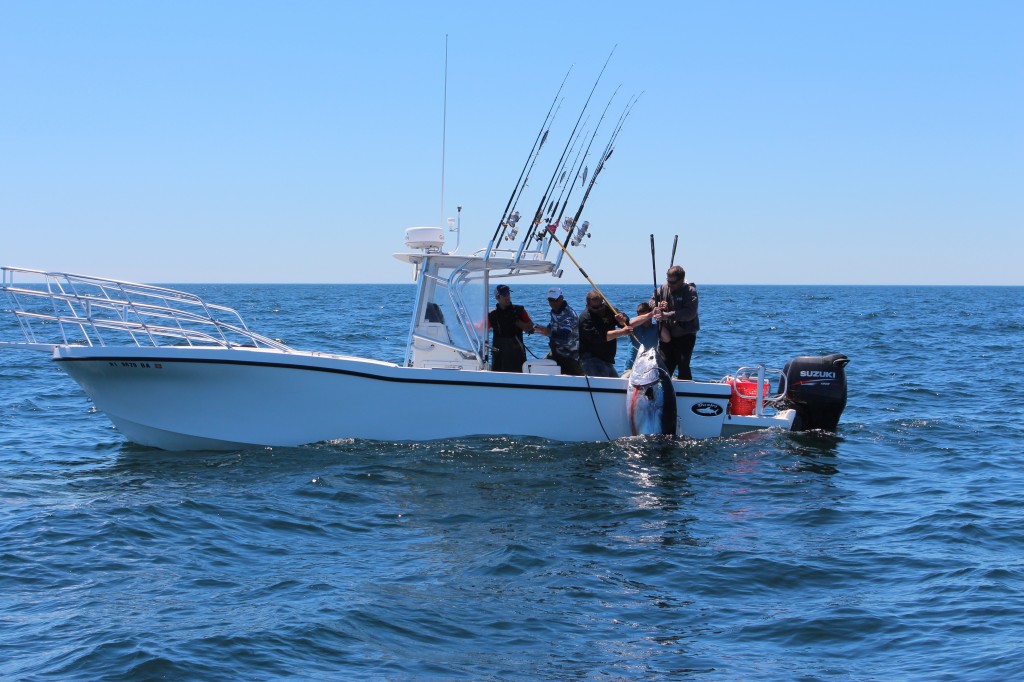 400 plus pound fish coming over the rails of Coastal Charters Sportfishing‘s Dusky 256! 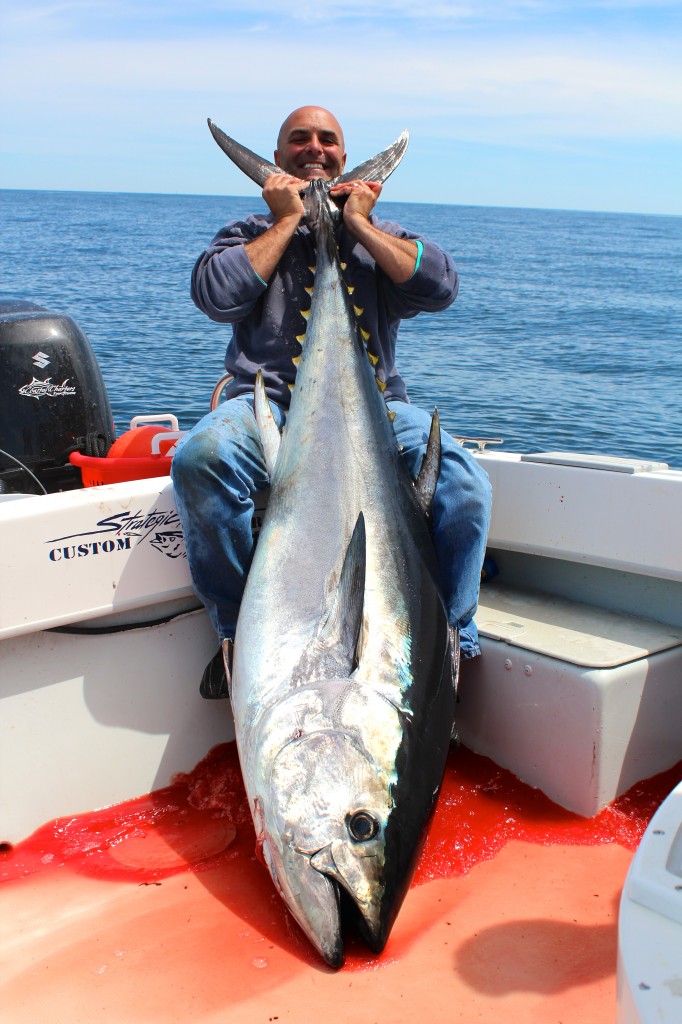 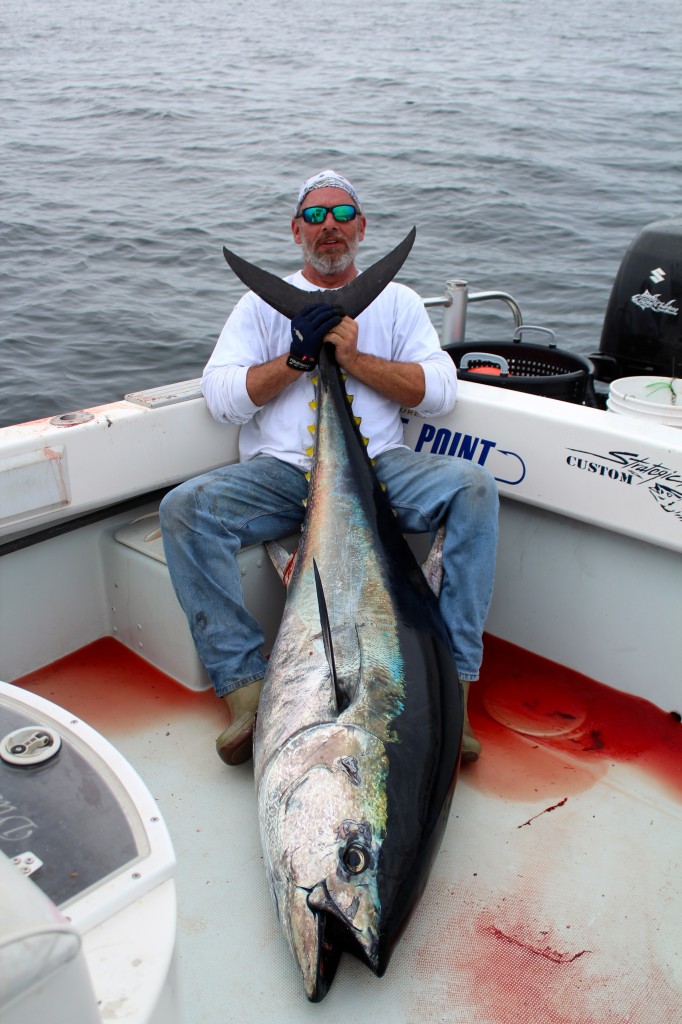 As July begins, we will look for a influx of smaller, more manageable sized tuna for my anglers to work on. Signs point to an even better month 2, and the crews of the Dusky are primed and ready to for them. I apologize for not being able to update more often, but the life of a nomadic tuna captain with a short season doesn’t allow for too many minutes at the computer!  Stay tuned for more bluefin mayhem aboard Coastal Charters Sportfishing! 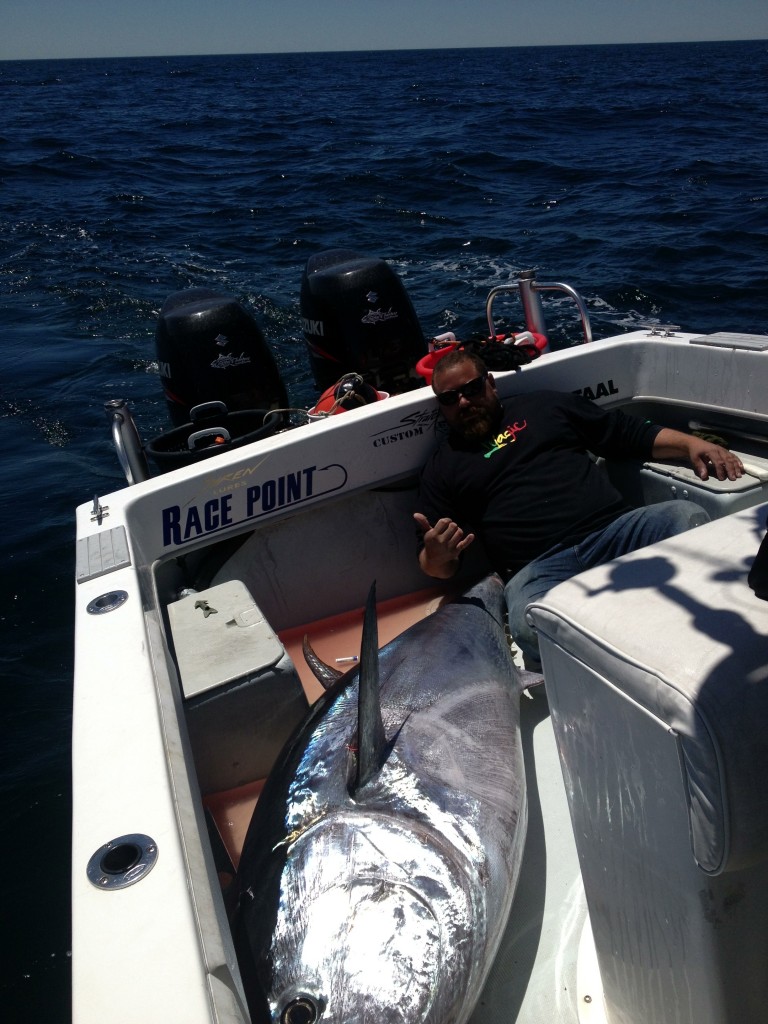 Now that is a bluefin tuna! 92 inch, 450 pound bluefin caught on a spinning rod!