Dusky sends out a big congrats to Thom Guyton aboard his Dusky 33, “More Time”, along with his mates David Lockhart and Patrick Weekley for their recent win in the Cayman Swordfish Challenge Shoot Out 2011, the second of a two-part tournament.

“More Time” took first place in round one with a 52’ swordfish. Out of approximately thirty boats, they were the only boat to catch a fish. After winning in the first round, “More Time” created a second part to the tournament by leaving half of the prize up for grabs.

Nearly a month later, they returned to the Cayman’s to reclaim their prize. In part two, “More Time” took 1st through 3rd place with a 50’ swordfish. Mate David Lockhart was quoted having said, “We were doing 30 miles an hour in 5 foot seas. Man, was I thankful to have a Dusky that day!”
Way to go, Thom! 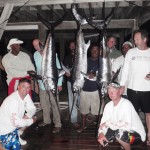 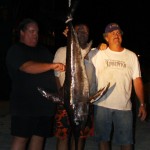 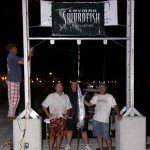 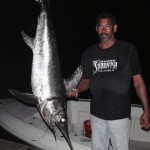 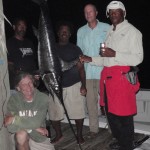