....the 2012 bluefin tuna season would start, with frustrating weather and fish acting more like shy ghosts.

As predicted, the bluefin showed up as expected, back on the 20th of May, and in typical early fashion were extremely difficult to even get near, let alone successful. Jigging and popping methods require that fish be either present and actively feeding at the surface, or bunched up and holding at a depth suitable for dropping vertical jigs. Early season the fish are still transiting and will move great distances from one tide to the next. It is rare to see them linger in one area for too long, until they find themselves in a suitable area to be residents for a time they deem suitable; these fish will move when they want, where they want, and are much more likely to develop patterns later in the season. The amount of bait waiting for these fish is nothing short of Nat-geo status, with mackerel, sand eels, herring, and menhaden all in good numbers throughout the tuna grounds. My Garmin bottom machine(fish finder or sonar) has been lit up just about everywhere we roam with bait, but very few tuna have been seen, as the main body has yet to show up en-masse. The first few pods of fish to roam through are what I refer to as "scouts", typically mixed year class bunches of varying sizes, usually smaller schools of 20-50 fish as opposed to the huge schools we see packed tight together by the end of June and throughout the summer. 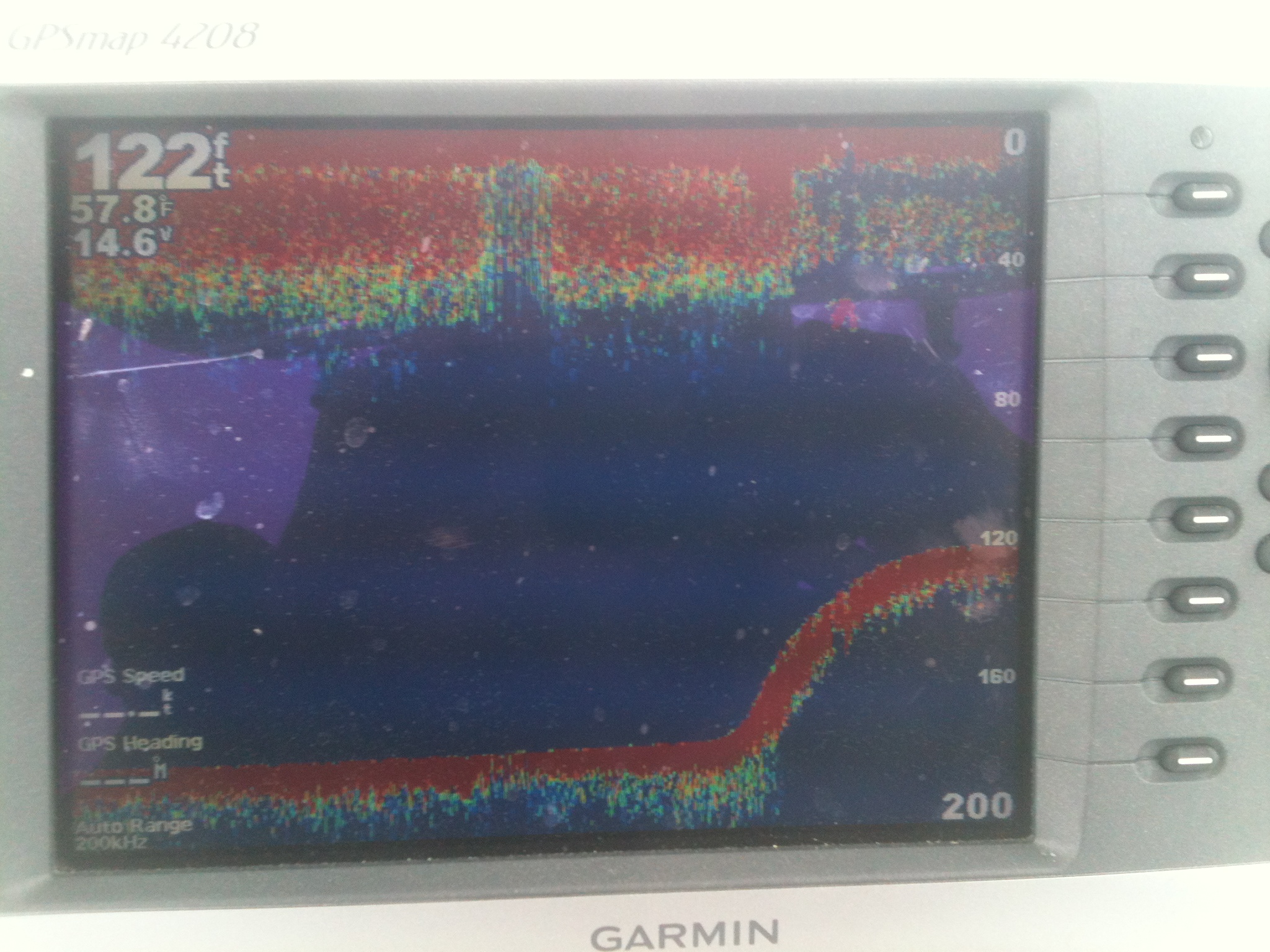 Despite hard working crews aboard the Dusky the past 2 weeks, we have been unable to get close enough to any feeds, and have had little help from mother nature with heavy fog and brisk easterly winds. The conditions haven't been conducive to looking and hunting tuna with proper coverage, and the normal tell-tale signs used to locate schools are  not much help; birds are hovering and hanging with the whales, dolphin, and seals, so do not give away feeding, unseen schools. 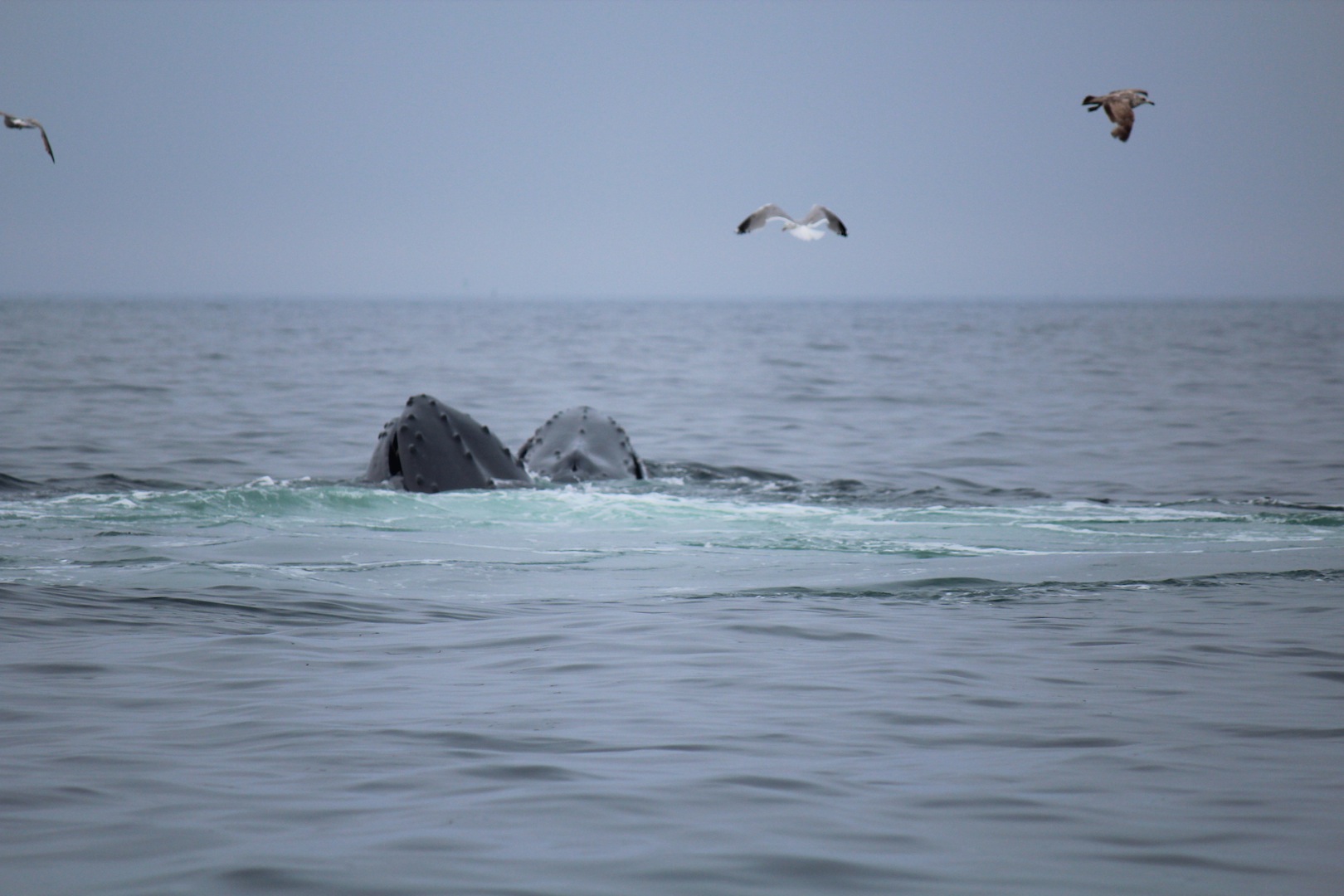 The bait is at the surface in massive shoals, everywhere we have traveled, so no serious concentrations outside the "norm" is no help either. Even the smells that are present around different types of marine life, are so exaggerated that whenever you stop, you pick up overwhelming pheromones and left over bait smell from either the bait itself feeding on smaller organisms, or on each other, as is the case with the mackerel. Dropping down in any depth from the coastlines all the way out to 700 plus feet 50 or 60 miles out results in a voracious attack by mackerel of several different sizes. My clients were able to fill up buckets rather quickly, to be eaten, or used as bait or chum later in the season. 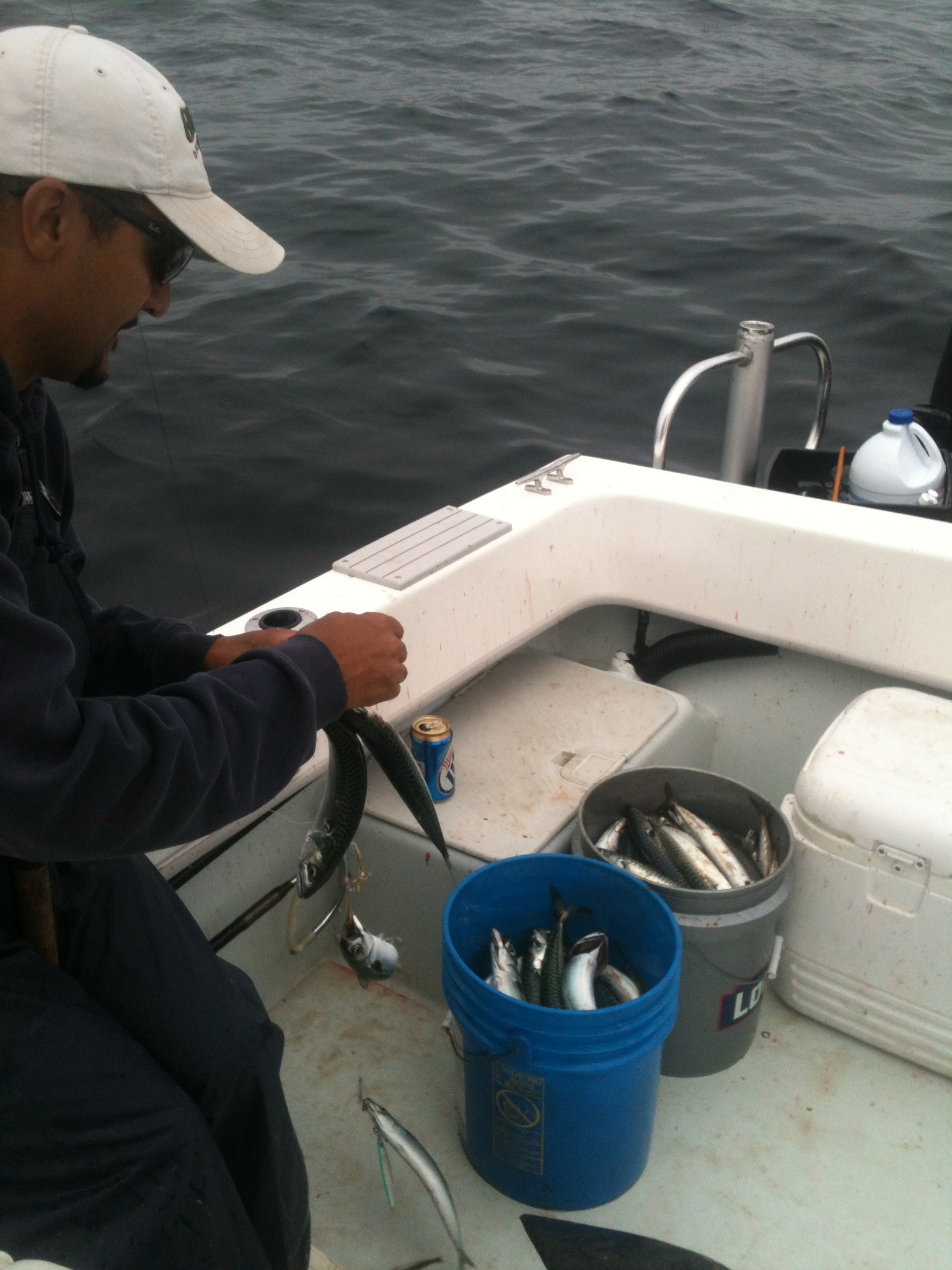 Another challenge presented would be welcomed on any other boat, at any other time...striped bass and bluefish in vast schools gorging themselves on sand eels and mackerel. The run this year came a bit early, and in numbers of large fish the likes of which have not been seen in numerous seasons. The fish are tightly schooled, and will corral the bait into a tight ball before blasting away at them once they trap them at the surface. The birds gather just like they would when tuna are about to crash the surface, and cause no shortage of hair-pulling or muttering under the breath by intrepid tuna hunters. Fish up to 35-40 pounds will crush surface plugs or jigs dropped below the frenzies, along with the occasional "chopper" bluefish which make short work of mono or fluorocarbon leaders employed for tuna...often stealing expensive lures when they chew through the line with reckless abandon. When tuna are present, they often get pushed aside by all the sharp spines and tough skins of the bass, only coming onto feed randomly and quickly, and in the middle of the herds. This makes it nearly impossible to score a connection to a tuna under these conditions. While they are good diversion and normally a welcome target, my clients deal with these "pesky" fish often well into late June, sometimes July before they thin out and start hanging in areas where tuna are not often encountered. 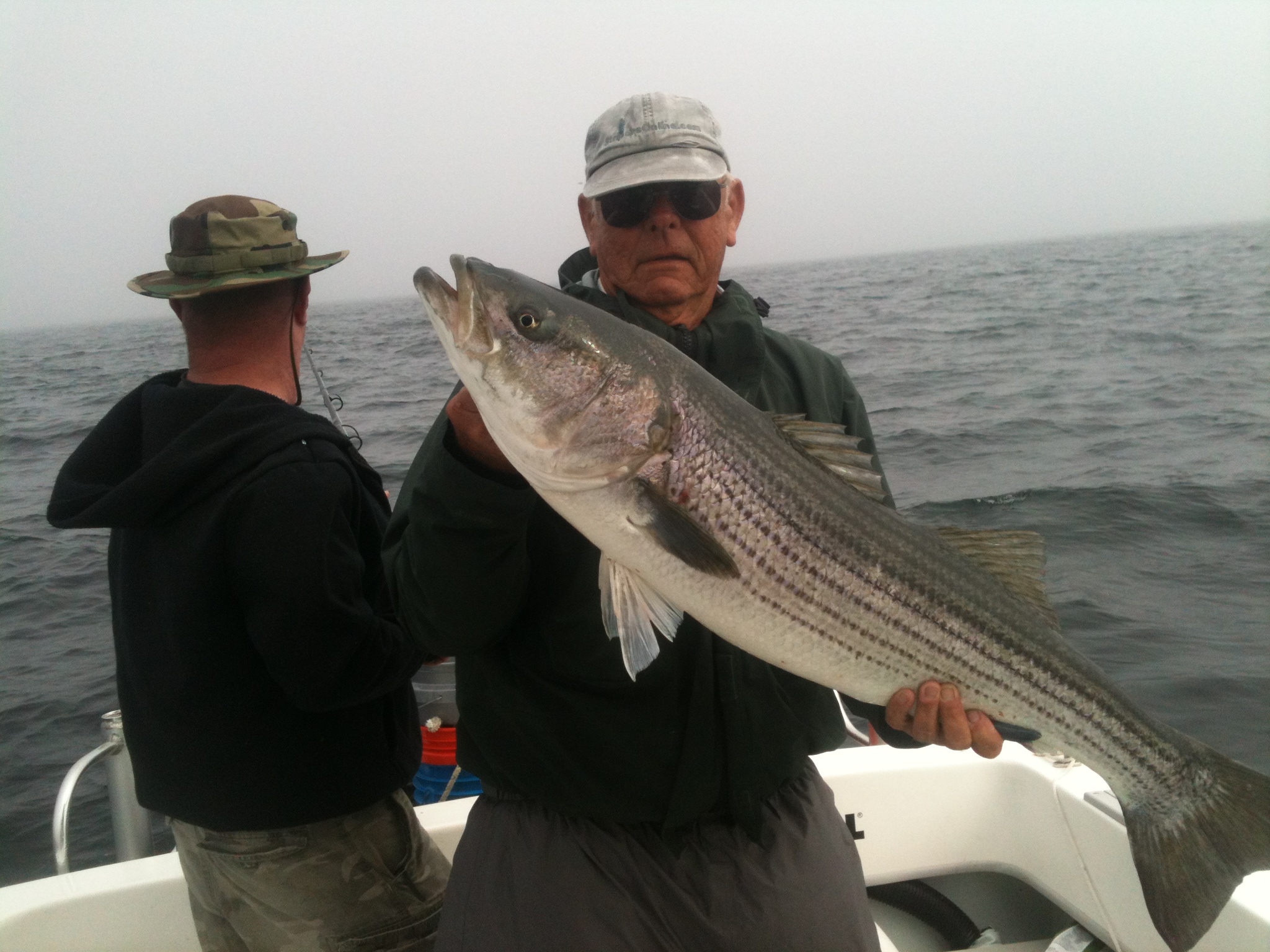 The weather over the past week has been dreadful with huge amounts of rain, and strong north easterly winds which has prevented me or anyone else for that matter from getting out and fishing. The full moon phase has steep tides with heavy current through this coming weekend, so hopefully the two combined have really shaken things up and gotten the fish moving. I begin a stretch that runs all the way through the end  of July where the only thing keeping us at the dock and off the fish will be mother nature and her fickle moods. I expect the frustrating start to become a distant memory this week as the first good feeds should be starting up. Once the first fish graces the decks, they all get a bit easier after that. The challenge and difficulty in hunting and successfully landing one of these apex predators is what keeps me and others so rabid for them....stay tuned, I feel it is going to be a pretty good show around here shortly!