After a long, brutally cold winter, we finally got the cover off the Dusky and all the systems online and ready for the year to come. The first month is always kicked off with the annual squid run. Typically cold winters yield a good squid run, and after several seasons of slow to non-existent runs, we were rewarded with the best squid run seen here in New England in many years. The bite takes place in shallow, nearshore waters, when the squid move in from offshore areas to spawn. We target them using ultra light spinning set ups armed with two micro sized squid jigs, where the action ranges from fast and furious to a slow, touchy bite where finesse and skill are required to score good numbers. 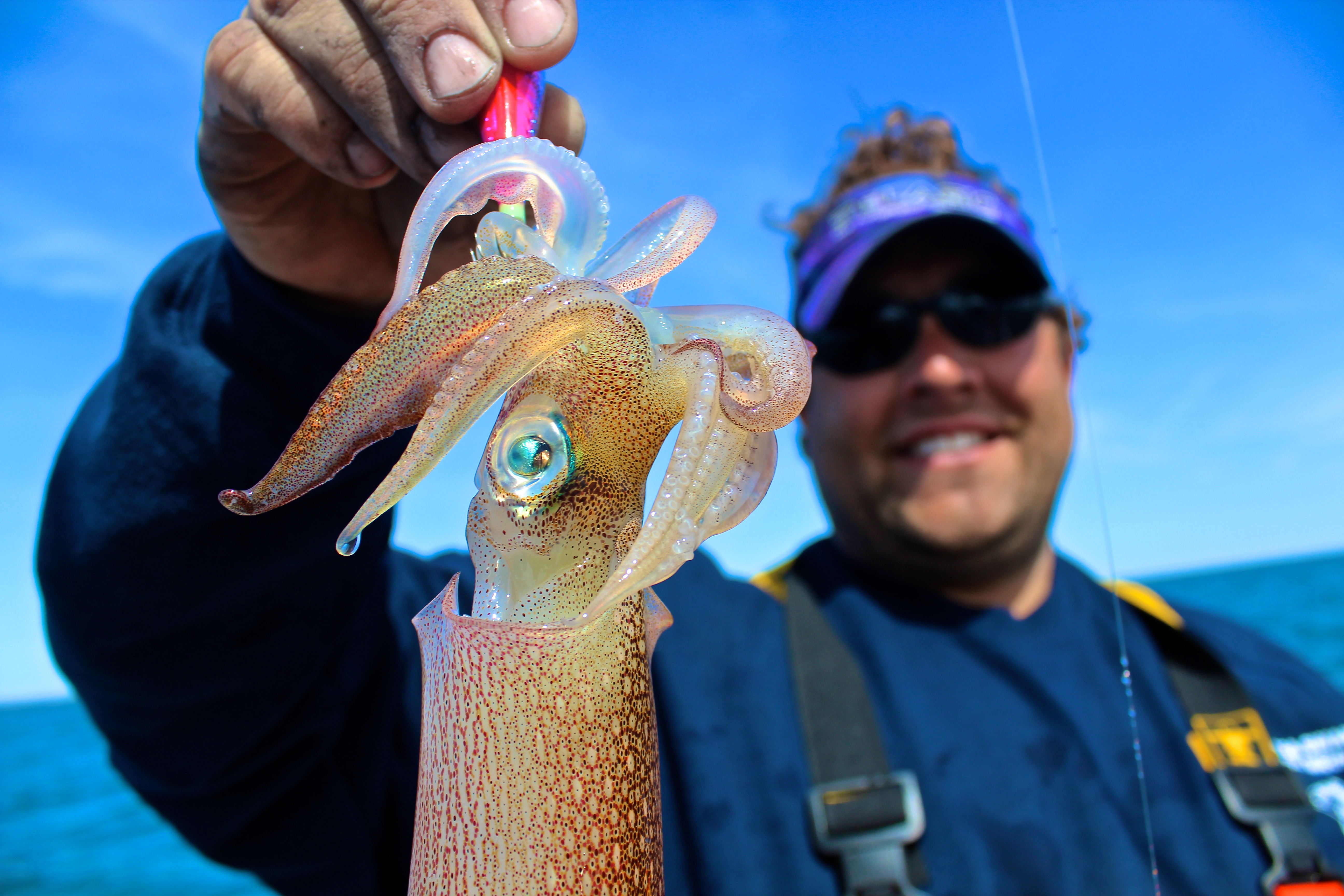 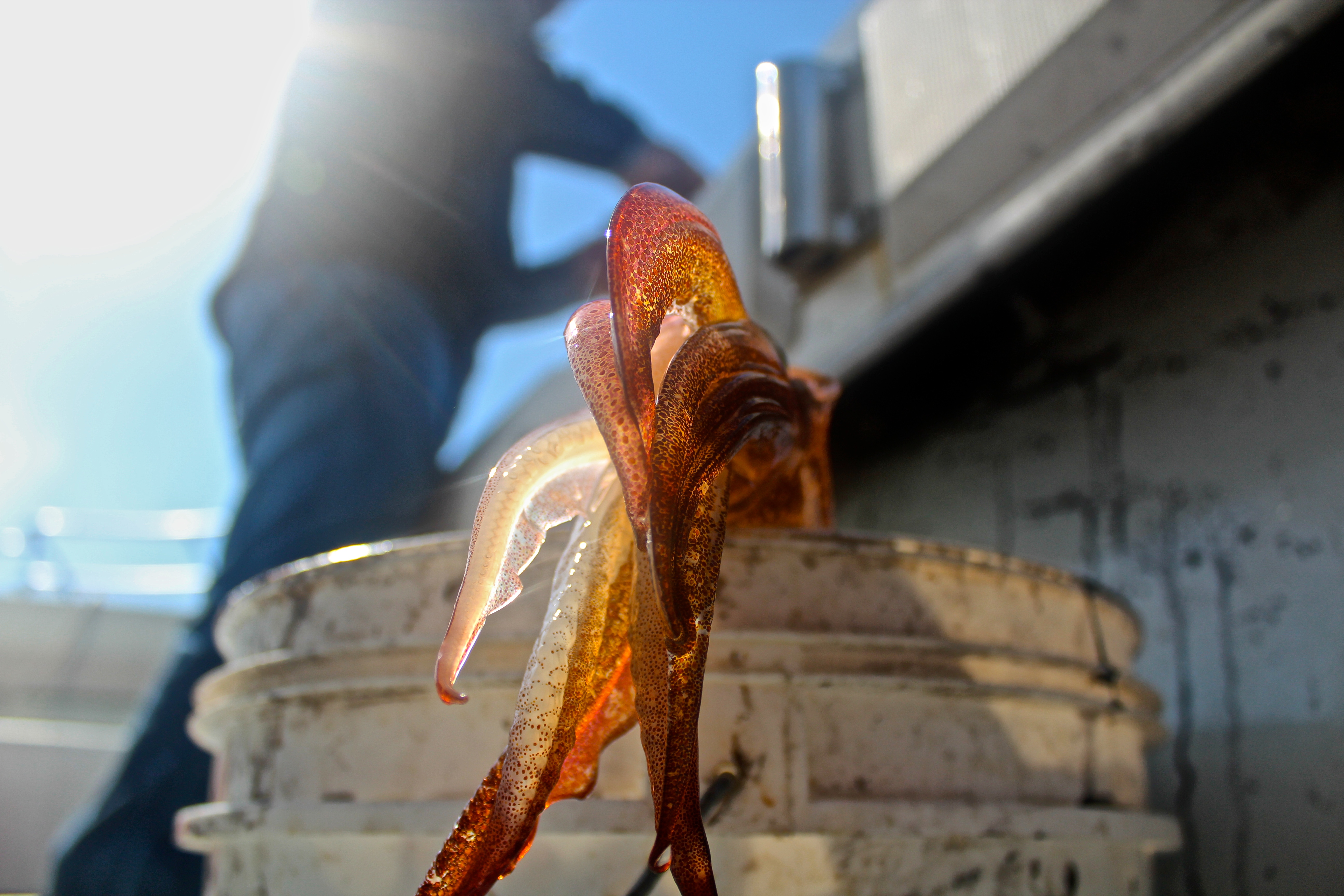 They are a bunch of fun to catch, and make excellent baits for many different species later on the year, as well as incredible table fare with the freshly caught tubes. They do quite squirt a bit of ink around, but there are a few tricks we employ here at Coastal Charters Sportfishing that help clean the Dusky up good as new with minimal effort! This seasons run was fantastic, lasting two solid weeks and giving way only when the striped bass and bluefish showed up to terrorize them. The bass run this spring was another good one, giving hope that this would also equal good tuna run. However, the weather had other plans, and the cold, rainy end to May prevented any pre season runs for tuna, keeping the Dusky inside to throw top water plugs and drop jigs to striped bass. These inshore game fish are always fun to target on light tackle, mostly catch and release, although a few make it to the dinner table or the smoker. The month finished up just as it started, with no rise in temps of the water or signs of the cold snap breaking. 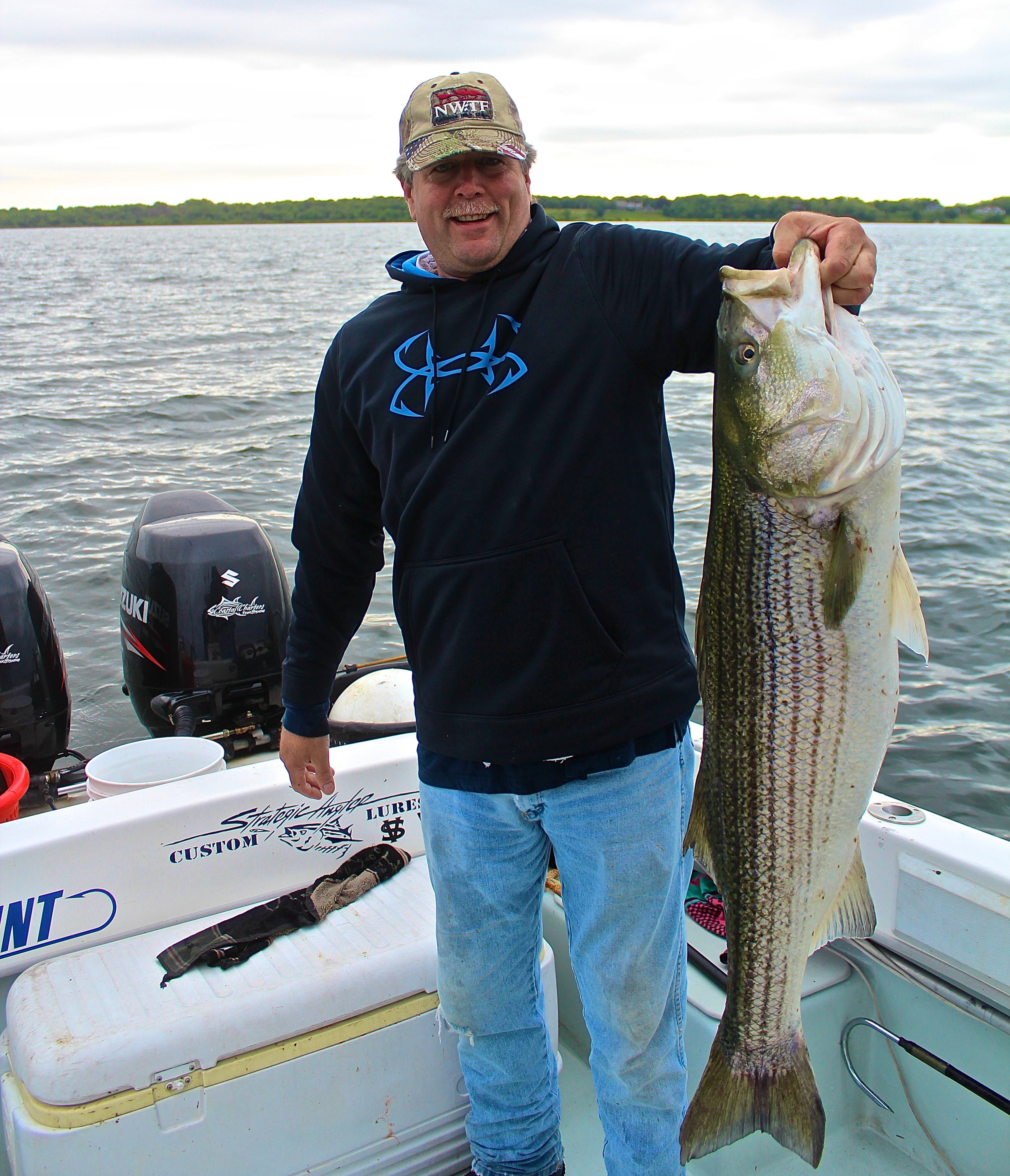 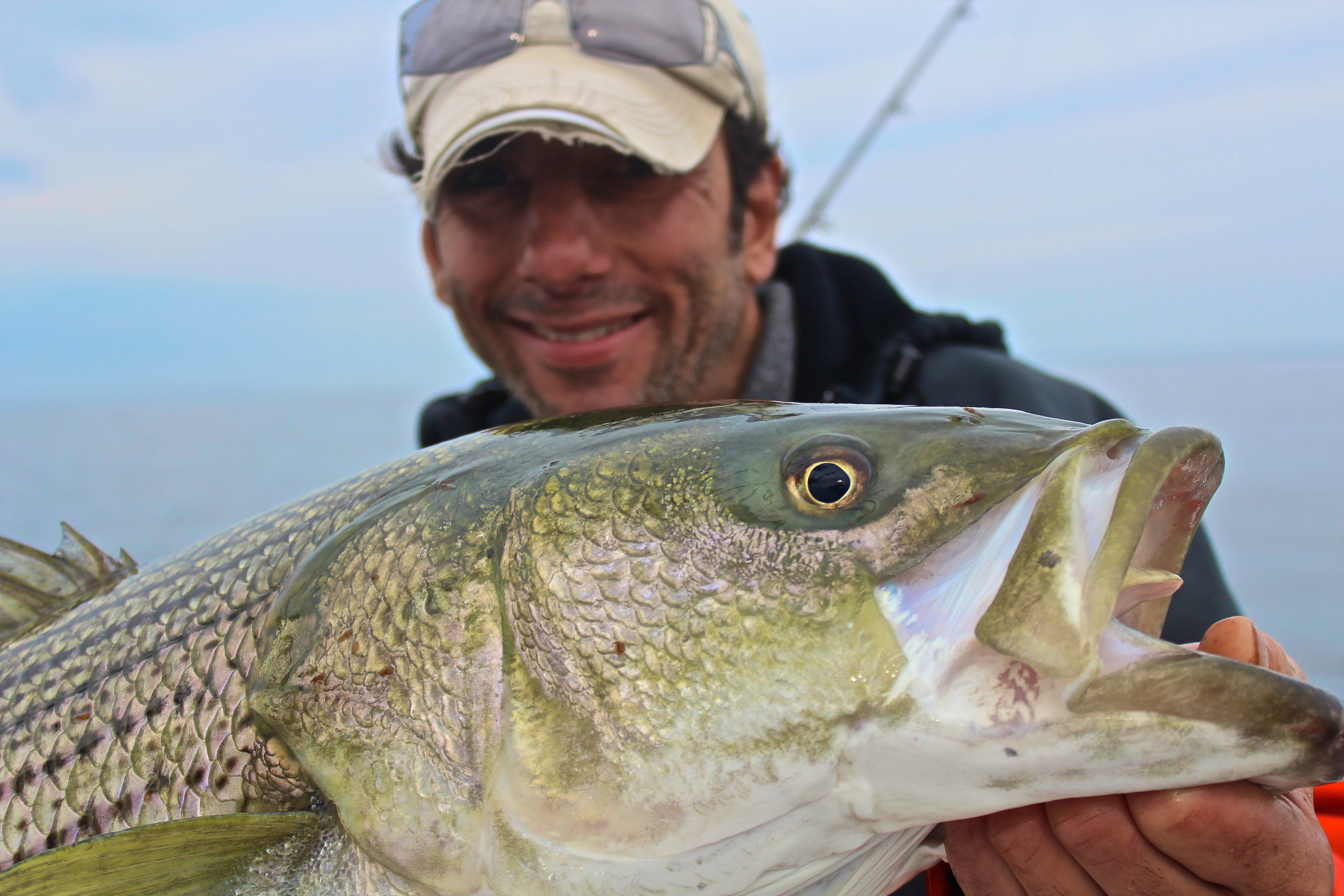